After 13 years, The Red Dress project returns to Egypt where 50 Bedouin women worked on its largest commission. 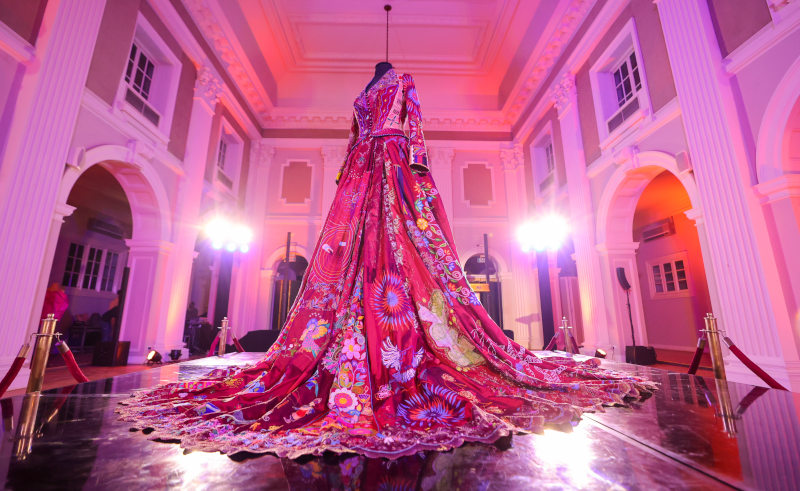 13 years, 47 countries and 353 embroideries - The Red Dress project has spanned the globe, inviting struggling women and members of impoverished communities to express themselves and their cultures by adding their own embroideries to the same red garment. Now, the project has reached its conclusion, exhibiting around the world to spread its message of international cooperation. 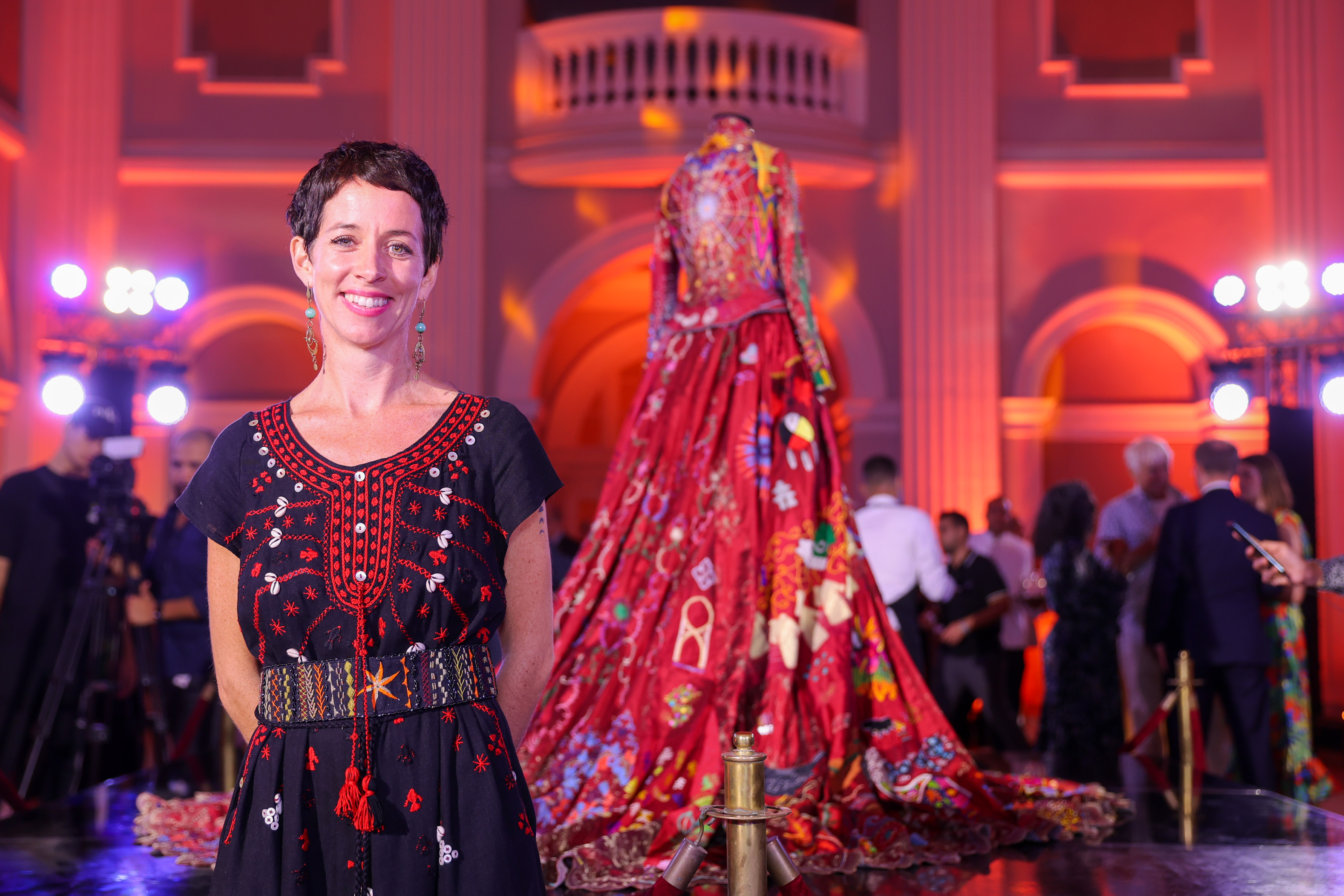 Conceived by British artist Kirstie Mcleod, The Red Dress project was driven by her passion to connect with women around the world and give them a platform to tell their stories. By commissioning artisans from a range of backgrounds, including female refugees from from Palestine, Syria and Ukraine, women seeking asylum in the UK from Iraq, China, Nigeria and Namibia, victims of war in Kosovo, Rwanda, and DR Congo, and impoverished women in South Africa and Mexico, Mcleod sought to highlight their artistry, culture, and identities on one garment, uniting them in the process. 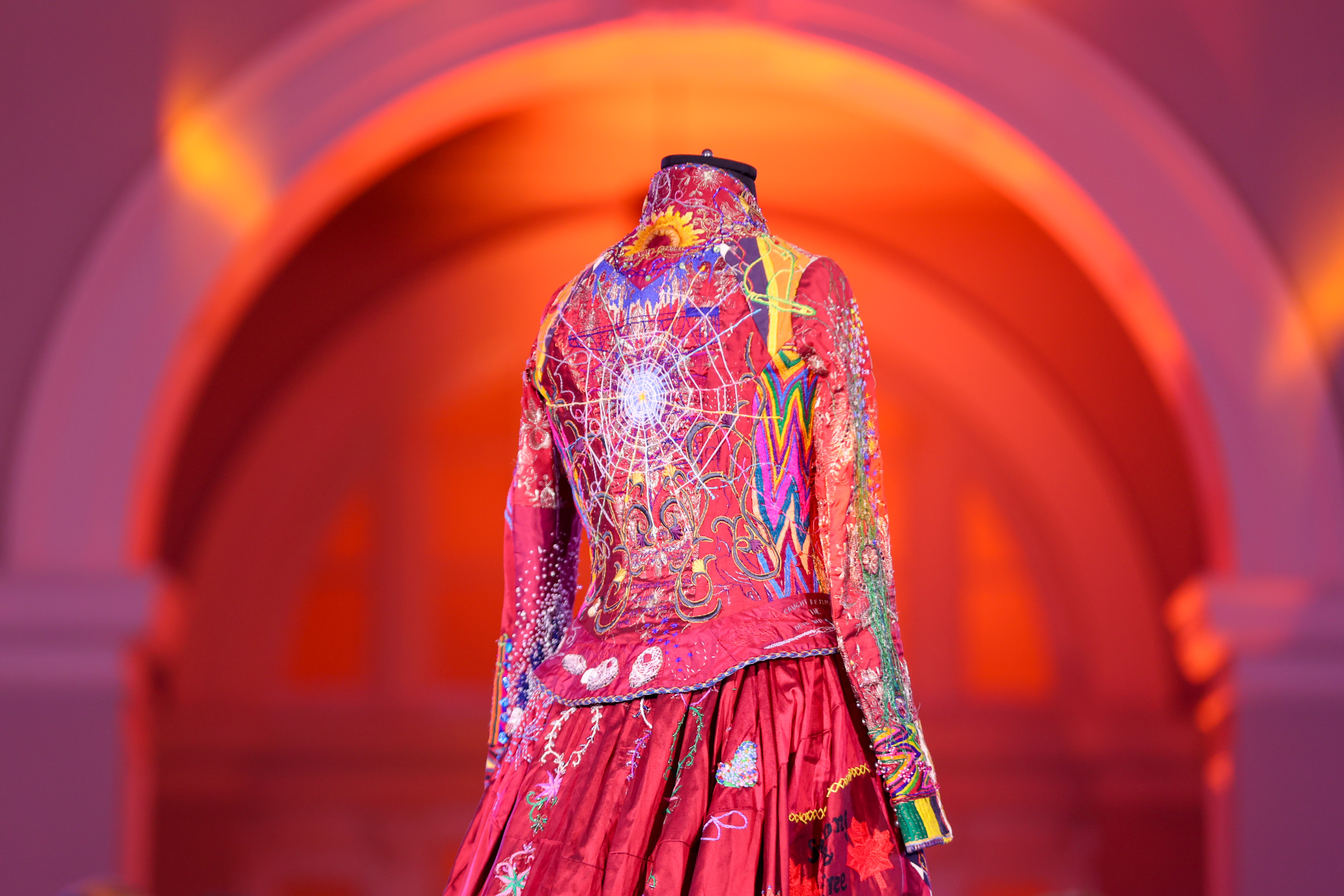 The Red Dress made its way back to Egypt yesterday, seven years after 50 Bedouin Jabaliya women artisans in Sinai - who worked for the social enterprise FanSina St. Catherine - were hired for the project's largest commission. These same women were invited to the British Embassy in Cairo, where seven of the artisans were able to celebrate the project’s conclusion and be honoured for their contribution. 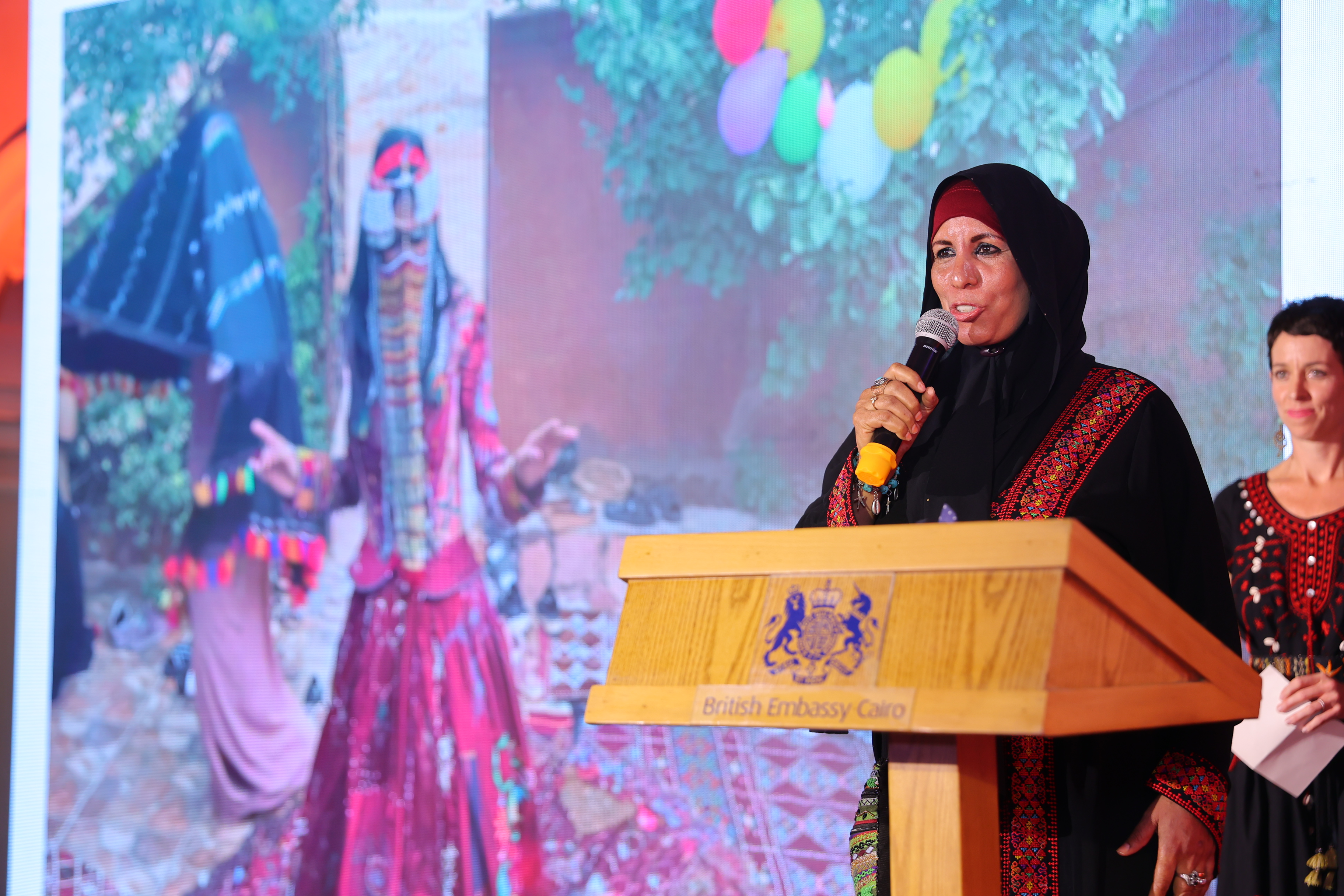 “I was lucky enough  to come in 2015 to commission the largest panel on the dress, to be created by the FanSina artisans in St. Catherine and it was my intention to bring back the finished dress and share it with them,” Mcleod tells CairoScene. “The 50 women from St. Catherine had the largest and most significant contribution to the dress, and I was lucky enough to visit some of their homes and share the dress with them.” 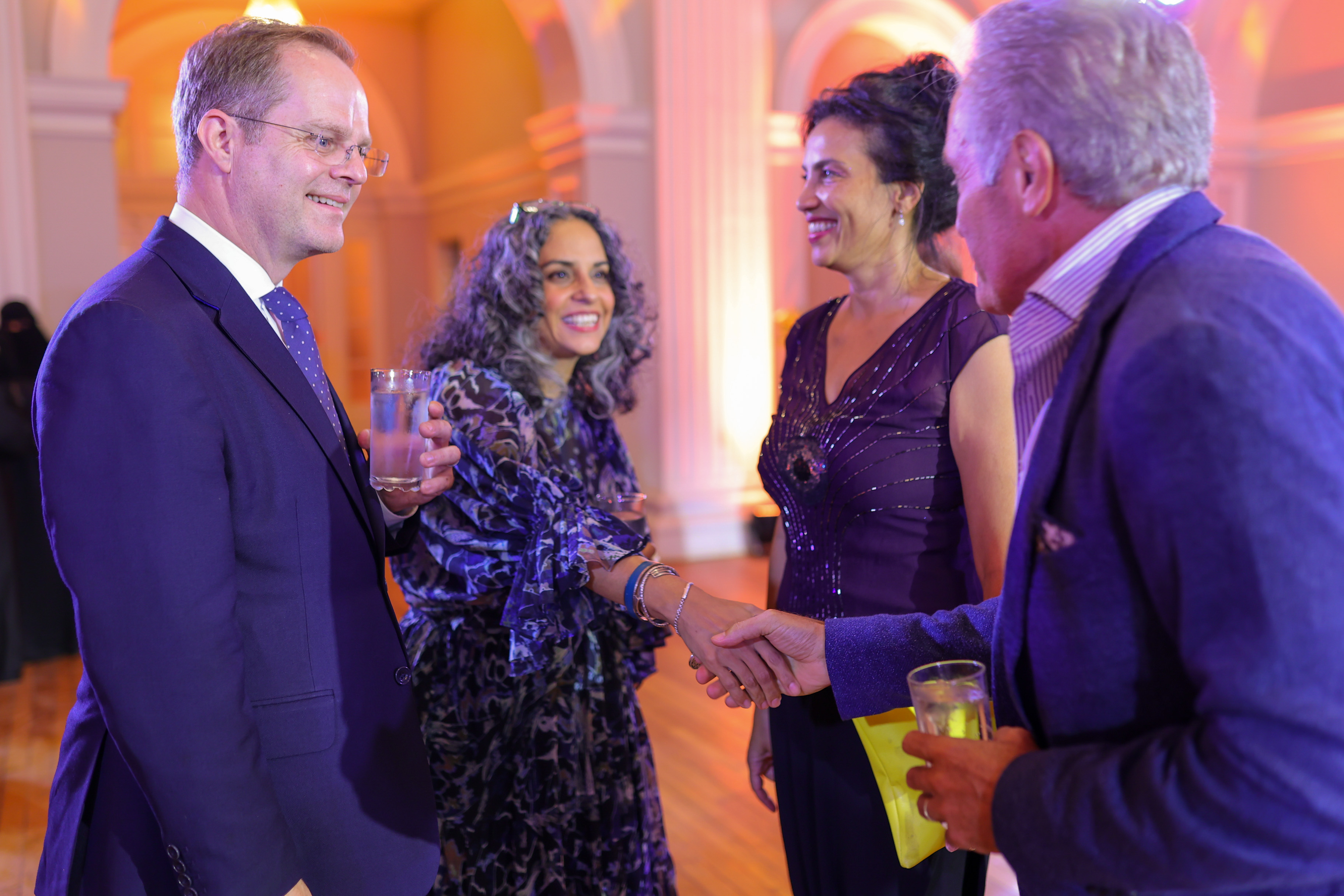 The event at the British Embassy also showcased the Egypt Fashion Awards, spotlighting emerging Egyptian designers who made an impression on the global stage. Alongside The Red Dress project, the tribute was a celebration of international cooperation in fashion. 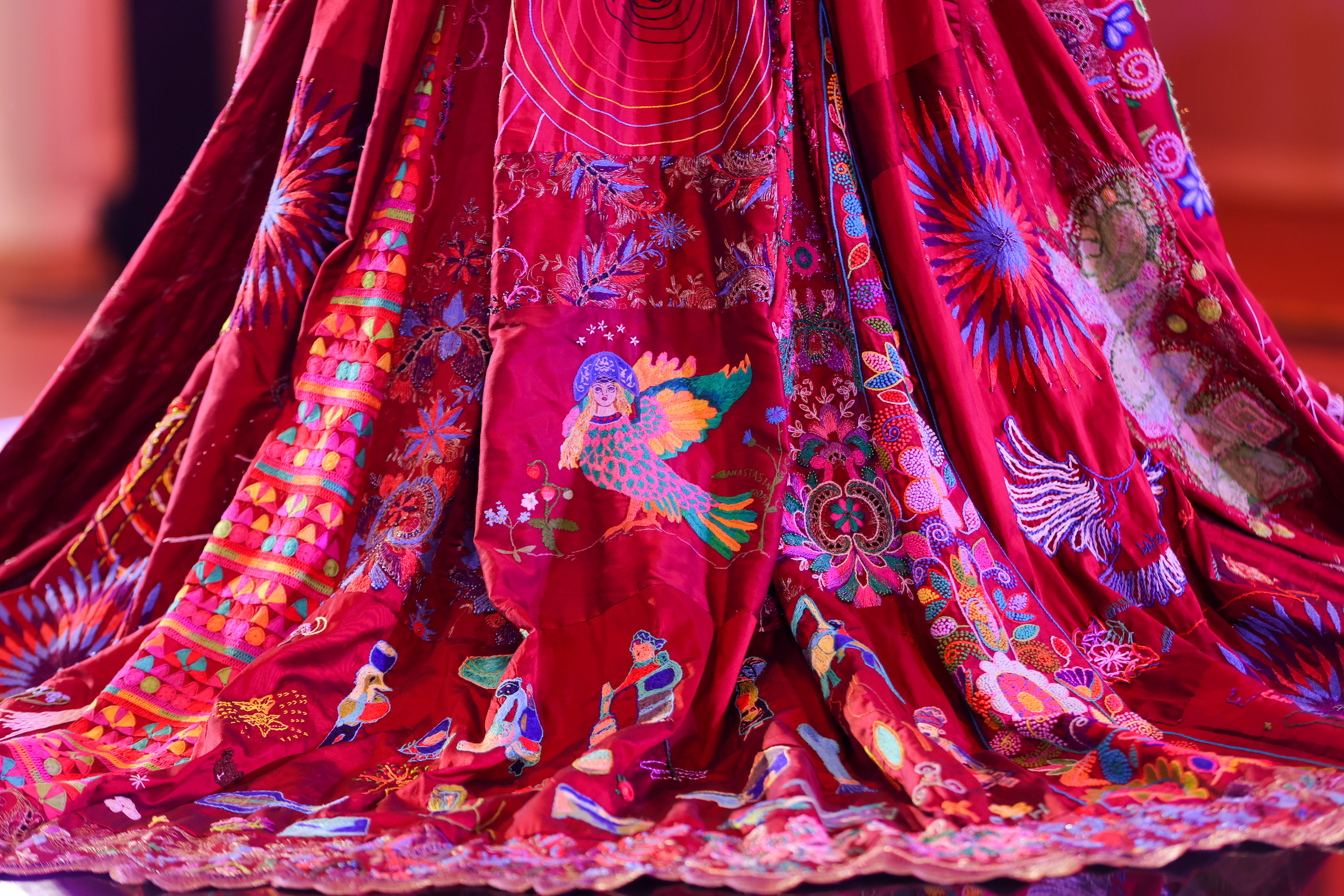 “Celebrating The Red Dress in Egypt is a very significant moment, paying tribute to the 50 Egyptian women artisans who’ve had the biggest contribution to the dress’s embroidery,” Kanzi Mahmoud, communication advisor at the British Embassy in Cairo, tells CairoScene “The dress is also in its final form so displaying it now marks a significant milestone since its conception.”

Over the next ten years, the dress will be touring the world, specifically going back to its roots to celebrate the artisans that helped bring it to life. “The dress is a message of peace, love, unity, and community, showing the impact of collaborative work,” Mcleod says.