A team of medical students from Ain Shams University set off to fight the stigma surrounding depression through a touching six minute video entitled 'A Hidden Scar'. 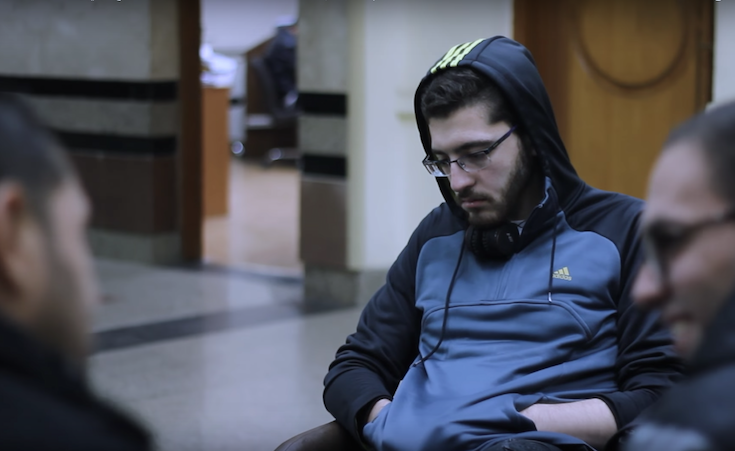 Whether you’re just getting by in a four by four squat, or you live under the roof of your parents with food on the table and luxury cars, you are not immune to depression. That's what a group of Aim Shams University medical students set off to explain through their powerful video A Hidden Scar. As part of an extra modular program at university, the students took it upon themselves to address the social drawbacks of depression and demonstrate the real symptoms that constitute a diagnosis.

Tainted by misconceptions and social stigma, depression is often perceived as a phase of banal and momentary irritability in Egyptian society. In turn, due to the lack of awareness of mental health issues, people have learnt to hide their symptoms because they are afraid of embarrassment. “We want people to distinguish the difference between the imprints of a bad experience, or feeling sad from having a bad day, and the psychological disorder that brings your life to halt,” one of the medical students on the team, Mohamed Abdel Mawla, tells CairoScene.

Due to the controversial nature of the topic in Egypt and the sensitivity that revolves around getting a professional diagnosis, the short film was not promoted before being reviewed by practicing doctors. The team also undertook extensive medical research before devising the criteria of a diagnosis. “Yasser Abdel Razek, who has a PhD in psychiatry, was one of the doctors who reviewed the short film before its release, to make sure that it is credible, especially when depression can lead to bigger things like suicide,” Abdel Mawla says.

The short film, A Hidden Scar, calls on society to adjust the lens through which depression is viewed, and to understand that it is a valid illness that requires treatment. If you know anyone who may be suffering from the symptoms of depression as outlined on the video below, please encourage them to seek help.