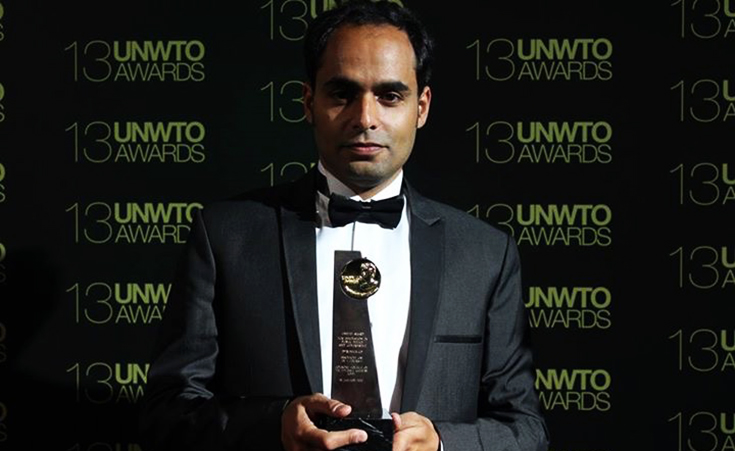 Egyptian entrepreneur Mohamed Yousef, founder of Ramasside tours and adviser to the Minister of Tourism, was given the UNWTO award for Excellence and Innovation for Public Policy and Governance for a Strategic Tourism on Thursday, as his E-tourism strategy was praised by the UN organization.

Held at the Madrid International Tourism Fair, the prize recognizes exceptional leaders and role models driving innovation in tourism, as well as developmental strategies at the local level. Having worked in the field for over 15 years, Yousef is not only the founder of Ramasside tours but also a part of the Travel Agents Association’s Board of Directors and an adviser to Egypt’s Minister of Tourism.

As he received the award representing Egypt, the entrepreneur said he is confident and optimistic about the development of E-Tourism techniques in bringing back lost promises of tourists and revenue. New online strategies are “the fastest way to market destinations and increase the market share of travelers,” he said, adding that these strategies can effectively empower Egypt to "manage, dominate and direct the online reputation of their destinations.”

Since the 2011 revolt, the industry has long been suffering deserted landscapes and desolate ancient wonders. With guides and stall-holders pouncing on the few holiday-makers there are, the grim era of tumbleweed across former tourist hotspots has hit hard - particularly upon the vast portion of the population that relies on tourism for their livelihood.