A Saudi Arabian historian caused his interviewer to straight up face palm as he said that women in the USA drive because they don't mind being raped on live TV... 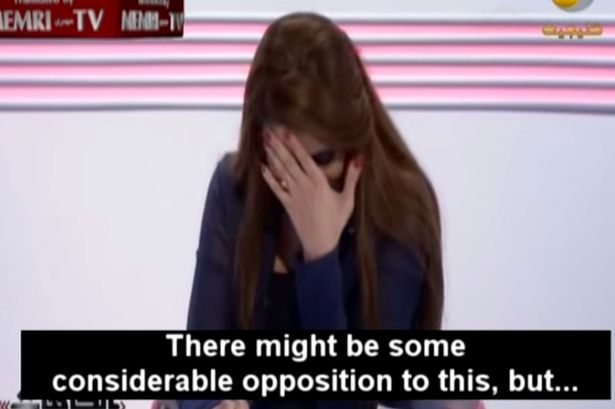 At this point it should come as no surprise that once again a Saudi Arabian man has take to television to justify the nation’s ban on female drivers, ridiculously claiming that “women who drive in other countries such as the United States don't care if they're raped" and that sexual violence "is no big deal to them."

In a recent TV interview on Saudi Rotana Khalijiyya TV, Saleh al-Saadoon, a supposed historian offended just about every woman on planet earth, when he insisted that Saudi Arabian men protect their women from driving because they fear that they will automatically be raped if their cars break down and tried to justify his reasoning by saying other countries women don’t care if they are raped.

The terribly offensive statements began with Al-Saadoon saying: "They don't care if they are raped on the roadside, but we do.” Challenging his assessment, the unnamed interviewer asked “Hold on. Who told you they don’t care about getting raped on the roadside?” To which he replied “It’s no big deal for them beyond the damage to their morale,” al-Saadoon replied. “In our case, however, the problem is of a social and religious nature.”

Noticing he wasn’t convincing anyone, al-Saadoon continued to dig himself a hole as he suggested Saudi Arabian treat their women "like queens," and as such deserve to be driven around by male chauffeurs or a male family member. To which the host asked if he wasn’t afraid that women might be raped by their chauffeurs. Realising his own flawed logic Al-Saadoon agreed with the host, only to offer stupidest, aneurysm inducing solution to this problem. "There is a solution, but the government officials and the clerics refuse to hear of it. The solution is to bring in female foreign chauffeurs to drive our wives."