Death sentence has been handed down to the ex-president, while Muslim Brotherhood strongmen Khairat El-Shater and Mohamed El-Beltagy have been given death penalty for espionage. 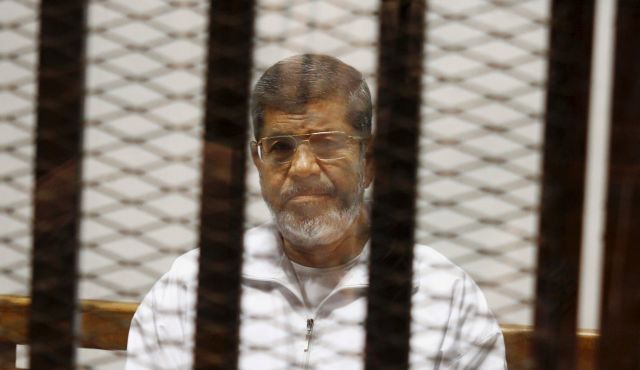 Former Islamist president Mohamed Morsi was sentenced to death today in a verdict that confirms a preliminary death sentence, issued last May, on charges of escaping prison in 2011. The court also sentenced Muslim Brotherhood Supreme Guide Mohammed Badie to death by hanging, among others.

Following charges of escaping from Wadi al-Natroun prison and attacking police during the 2011 uprising against former Egyptian president Hosni Mubarak, Morsi had been given a death sentence on May 16th along with 105 other defendants. The preliminar sentence, which the European Union deemed "not in line with the Egyptian's obligations under international law," awaited consultative review by Egypt's grand Mufti as required by Egyptian law.

In the Wadi Natroun mass jailbreak case, the prosecution charged Morsi along with 130 other defendants, many tried in absentia, with torching and damaging prison premises, attempted murder and murder, looting prison weapons, and releasing prisoners during the January 2011 uprising against former president Hosni Mubarak. The prosecution states the prisoners who escaped include members of the Muslim Brotherhood, Hamas, and Hezbollah.

The court charged Morsi and the 35 other defendants with conspiring with Hamas, Lebanon's Hezbollah and Iran's Revolutionary Guards to destabilise Egypt.

The ousted president was also sentenced to 20 years in maximum security prison last April, for violence outside the Presidential Palace in December 2012.