Egypt to Pay More for Blackouts

The Minster of Planning and International Cooperation announces that it will be raising electricity prices for the richest 20% of Egyptians. 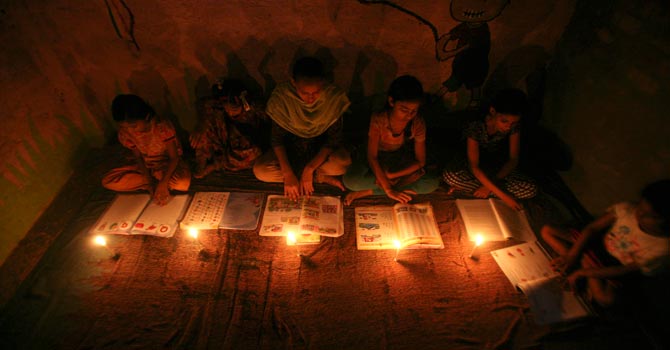 It seems that part of being Egyptian is learning to how to live with daily blackouts. It doesn't matter who is president, Egypt cannot meet its current energy demands especially considering that electricity is subsidized. It is for this reason that Ashraf al-Arabi, Egypt's Minister of Planning and International Cooperation, is saying that there is "no time to waste" in implementing new reforms, and that the government will be raising the price on electricity for the richest 20% of its citizens ahead of presidential elections. The decision to urgently reduce subsidies ahead of elections means that Egypt is finally following through on IMF demands.

For years, the IMF have demanded that Egypt reduce its subsidies program before they would offer the country financial assistance. Al-Arabi explains that “This energy subsidy system is unsustainable; we cannot afford for this to continue.” Last month the Egyptian Finance Minister claimed that the next year of spending on energy subsidies will cost 10-12% above 130 billion LE (19$ billion), unless immediate reforms are made.

“We don’t have time to waste... It’s better for Egypt to start some of these measures at least before the presidential election, just to pave the way for the coming president, to make his life easier,” he tells Al-Arabiya adding that: “This will benefit the poor, because we will take this from the rich and reallocate it to the poor and social spending.”

The government has already announced the introduction of smart cards for fuel and bread, even though the roll out has been painfully slow. Implementing these reforms ahead of elections seems impossible, and will likely be a gradual change that takes years.

We can only speculate that the reason why there is a sense of urgency is so that the soon to be elected president won't be blamed for the rising costs of a variety subsidies that a majority of Egyptians rely on. It is hard to tell if this will benefit the country or not, considering that the ones making the decision are not elected officials.