Everything You Need to Know About November 28th Protests

As the Salafi Front calls for nationwide protests and Cairo gears up for potential chaos come Friday 28th, here's what we know so far... 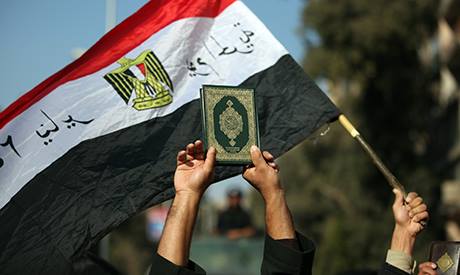 Calls for protest in Egypt have become all too common in the wake of successfully toppling two presidents. A variety of organisations have called for demonstrations and with the passing of a new protest law have found themselves marginalised failing to reach the numbers of dissenters required to force change, often resulting in arrests and even fatalities. Leading the newest call for protest is the Salafi Front, an Islamist political organisation who has been pushing November 28th as the start of “The Muslim Youth Uprising.” In effort to relieve fears of further instability, we have decided to compile everything you may need to know ahead of Friday’s call for action.

The call for protest was initiated by the Salafi Front who are upset by the “secular attempts to weaken the Islamic identity and Sharia.” Fearing a backlash against all Salafists, the Nour Party, the Salafist political wing, came out on Sunday rejecting the call for protests planned, going so far as having their members form a united human chain in Suez condemning the call for action. Also joining in the denouncement of the protest is The Salafist Call, another major Egyptian Salafist group, who released a statement on Tuesday saying “It has become clear that the purpose of the protests is to exhaust the state."

With even the Salafists divided, it seemed that this protest would likely amount to nothing, but surprisingly remnants of the now-defunct Muslim Brotherhood have endorsed the calls for protest though haven’t clarified if they will be taking part. What is surprising is not that they endorse the protest, as a majority of demonstrations after the removal Morsi were lead by them, but rather the fact that they endorse the Salafist call for protest, even though the group supported the ousting of Morsi. "The Muslim Brotherhood endorses this call for protests to preserve the nation's islamic identity, which the Egyptian people including the Muslim Brotherhood have fought for," a statement by the movement on Sunday said.

In an attempt to unify devout Muslims to demonstrate, The Salafist Front is asking all protestors to bring a Quran and hold it up during their planned action. Fearing that another group is twisting Islam for their own purpose, Al Azhar have strongly condemned the calls releasing a statement reiterating that these protests “deceive Muslims in the name of religion; they are a call for chaos and for [disrespecting] the Quran."

At this point it seems that there are more people against the call for action than for it. Looking to change this, a slew of videos have been released online with various people explaining why they feel the need the protest. The most misleading of video comes from unlikely source, Wael Ghoneim. Speaking at a conference, Ghoneim expressed that he believed that the revolution is still on and is yet to achieve its initial goals. Seizing on his statement, participants planning to protest have twisted his words and posted on social media claiming that the liberal-leaning brief revolutionary spokesman supports the November 28th protest, and if the demonstrations are successful could be a possible replacement for Sisi. At no point of time does Ghoneim mention the date or support for their call, but his words have seemingly been adopted in an underhanded attempt to attract seculars and liberals to join the demonstration.

Rough translation: "The appearance of Baradei and Ghoneim means the USA is preparing a substitute for Sisi. We planted a seed on 25th January and it will bloom on 28th November"

By now it should be understood that in order for a toppling to be successful, a ridiculously large number of protestors are required to amass at one central location. As it stands the nationwide call for action has failed to identify where they plan to amass only stipulating that protest will start from dozens of mosques scattered across Cairo, and may possibly attempt to retake Rabaa Square in Nasr city. There are those who speculate that the exclusion of where exactly the protests will take place is an attempt to keep authorities in the dark on where they should mobilise to thwart their efforts.

Trying to encourage Egyptians that there is nothing to fear, authorities claim they are prepared for anything. Leading up to Friday, police arrested five Salafist leaders on Monday for being “leaders of sedition and planned acts of sedition, anarchy and violence on Friday,” according to a statement, which was also confirmed on the Salafi Front Facebook page. In preparations for the protest one can expect that some roads may be closed, but the only official announcement is that Al Ahzar tunnel will be closed on Friday.

The Minister of Internal Affairs suggested, at the recent opening of a tactical centre, that people should go out and have fun on the 28th, reiterating that there is nothing to fear. However, the same minister is vowing to deal "firmly" with the anticipated protests and said it may use live ammunition against those who "threaten security." The threat of deadly force has led the Salafi Front to ask women to stay home releasing a statement on their Facebook page saying, "Our directive to our sisters and our daughters is to form revolutionary morale guidance groups online in order to combat the lies spread in the media."

The reality is that the outcome of these protests may be negligible, however if authorities choose to use a heavy hand in dealing with dissenters their actions may lead to a broader call for action and thus further instability in country that continues to struggle to get past square one.