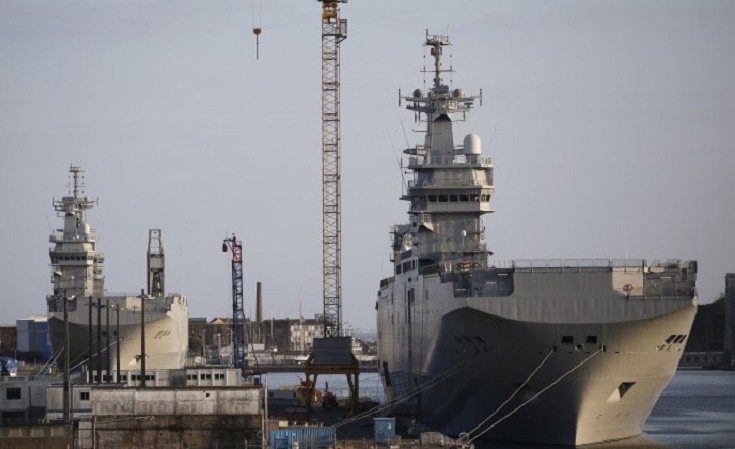 Egypt has just received its second French Mistral Helicopter on Friday, which was part of a billion-dollar deal signed last year.

The two ships were originally built for Russia, but fell through in the turmoil created in the annexation of Crimea. After searching for a new buyer, the French naval contractor signed a deal with Egypt.

Egypt took over the ship in a ceremony off the coast of Saint-Nazaire and have dubbed the warship the "Anwar El-Sadat". Considered the "Swiss army knife" of the French naval fleet capable of carrying everything from helicopters to tanks and will significantly strengthen Egypt’s naval capabilities. Also promising to strengthen their fleet, Egypt has ordered four corvettes to be built in the next two years and are negotiating for two more according to Reuters, however, no details were released of how much they would cost.