The low price of oil has resulted in many carriers taking one of the longer routes around South Africa to skip the almost half a million dollar fee of travelling through the Suez Canal. 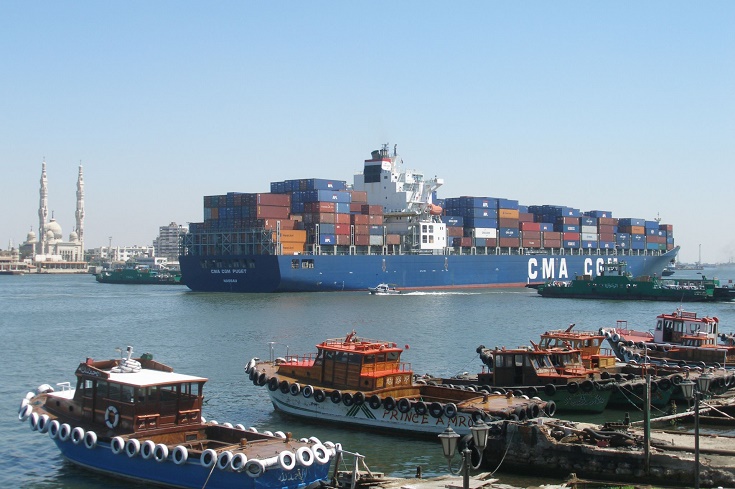 President Sisi took a gamble assuming that an extension to the Suez Canal would increase revenues; however, what he apparently failed to predict is that the low price of oil would make it more cost effective for cargo vessels to take the long way around Africa, skipping the costly tariffs.

A report released this month by maritime trade analysts Sealntel, discovered that, from October of last year, 115 vessels transporting goods from Asia to North Europe/North America opted to sail around South Africa instead of using the canal.

The findings suggest that the drop in fuel prices has made it considerably cheaper to take a longer route at a faster speed, taking the same amount of time as it would to travel through the Suez Canal, but without having to pay costly tariffs. According to the report, cargo ships skipping the canal can save an average of $235,000 per voyage.

The savings made by skipping the canal, given the current oil prices, make the longer route more attractive to cash-strapped carriers, and couldn’t come at a worse time, as Egypt just completed an $8.5 billion expansion of the canal to boost revenues and reduce transit time. However, reports from the Suez Canal Authority claim that the total number of ships passing through the canal increased by two per cent in 2015, but that bulk carriers and container ships fell 5.7 per cent and 3.1 per cent, respectively.

It is estimated that carriers are charged an average of $465,000 to travel through the canal. In order for the canal to become the preferred way of travel during the current low price of oil, the average cost charged would have to be slashed by roughly 50 per cent.