Having spearheaded a revolutionary move towards a more accessible Egypt for people with disabilities, the entrepreneurs behind Helm went on a tour through Japan to spark a global network for change-makers. 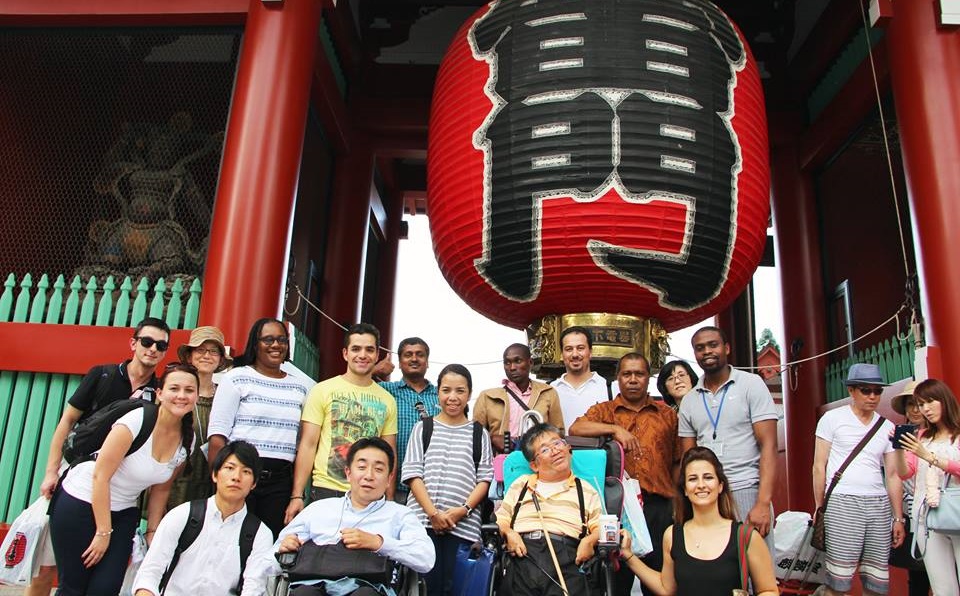 They have been revolutionising Cairo's urban landscape, from malls, to factories, to public spaces. Last year, their conference Cairo, A City For All, put Egypt on the map in a field that’s been marking policymakers’ agendas worldwide. And just this July, the efforts of the trailblazing duo behind Helm reached all the way to Japan. The team spearheaded by Amena El-Saie and Ramez Maher visited the Eastern country to participate in an event where policymakers and social activists swapped ideas and practices revolving around a key issue: how can cities become a genuine home for people with disabilities?

“The beauty of what they are doing in Japan is that they don't just focus on disabilities but also the ageing population,” says Helm's co-founder Amena El-Saie, who has just returned from the programme. “Japan's International Cooperation Agency (JICA) chose us to represent Egypt in a programme that took us across different cities in Japan, a county leading trends in making places accessible." The one-month programme titled Barrier-Free Environment for All, led by Japan’s Ministry of Land, Infrastructure, Transport, and Tourism, the AJU Center for Independent Living, and JICA, had representation from 11 countries including Colombia, Indonesia, Uruguay, and Kenya, who gathered to put together an action plan to replicate Japan's success stories across other cities worldwide.

“They took us to houses of people living independently and went into very thorough details. We saw public bathrooms that emitted the sound of water for blind people, and traffic lights designed for people with low vision to cross the street,” she says. “The best thing about this experience was learning how they are doing it in other countries so we now put up a three-year plan for people with disabilities to learn how to advocate for themselves. We have definitely learnt so much about respecting others,” she adds. The entrepreneurs, who were listed last year as one of CairoScene’s 15 real influencers of 2015, are now creating a catalogue of diverse product solutions to help people with disabilities advocate for themselves and create the best practices to transfer knowledge to governmental decision-makers. “We work with the support of the Egyptian Ministry of Social Solidarity, so we are helping transfer knowledge and advance the role of accessibility for all," she explains.

The team plans on expanding the international network created with the Cairo conference – which now boasts 26 countries - to kick off a global organisation for people from different countries to share the best practices. “Our plan is to globalise this and steer the world’s biggest accessibility network called 'Cities for All' in the coming two years,” she concludes.