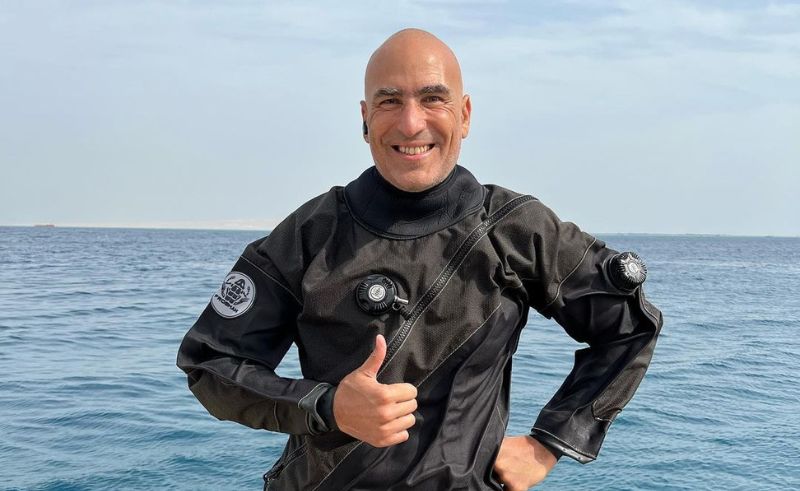 Ahmed Gabr - an Egyptian professional diver and Guinness World Record holder - is fighting to protect Egypt’s fragile coral reefs through his new initiative, Coral Propagation and Reef Rehabilitation Project. The 50-year-old diver broke the record for the world’s deepest scuba dive at a 332.35m depth in 2014, and now he’s gearing up for a new mission.

“I spent six years training for my world record dive, and it’s been eye-opening to witness coral reef damage firsthand over the years,” Gabr tells CairoScene. “Then I learned about the coral re-plantation process, and organised a record-breaking sea clean-up with over 600 divers. Since then I’ve continued advocating for the issue”.

Gabr developed a passion for Egypt’s coral reefs, particularly how their intricate and beautiful structures are capable of supporting 25% of marine life in the region. The diver’s latest project focuses on restoration, whereupon trained professionals extract damaged corals and re-plant them in a lab, within an ideal climate. Eventually, they’re brought back to their natural habitat.

Coral reefs are a natural protector against hurricanes and tsunamis amidst rising sea levels, on top of absorbing carbon emissions. In collaboration with the Ministry of Environment and the Academy of Scientific Research and Technology, Gabr’s initiative looks to combat these phenomena, which have been on the rise due to the effects of climate change.