Here's your last chance to register for The TriFactory's race past the Great Pyramids of Giza before the deadline on November 30th at midnight. 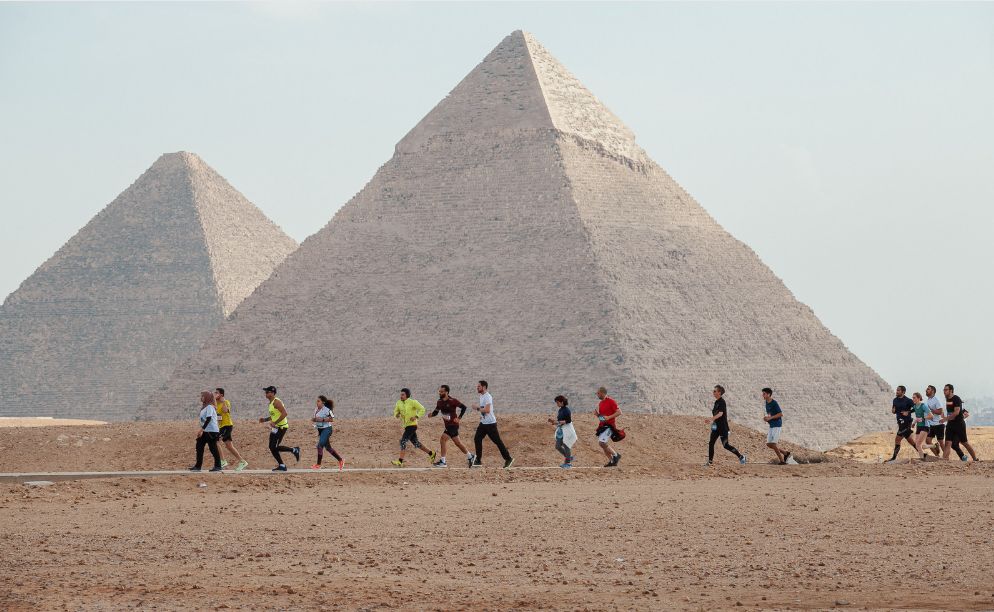 Tonight's your last chance to be a part of The TriFactory's annual race through Egypt's most historic monuments. Every year, The TriFactory - one of the country’s biggest sports events organisers - holds the Pyramids Half Marathon as their flagship event, taking participants on an unforgettable journey by the Great Pyramids of Giza. This December 10th, they're returning with nearly 4,000 runners from 80 different countries, all of whom are prepared to take on the 5k, 10k and 21k run over the iconic Giza Plateau.

Held under the auspices of the Egyptian Presidency, the Ministry of Youth & Sports, and the Ministry of Tourism & Antiquities, this will be the fourth edition of the Pyramids Half Marathon since its inception in 2019. The event has since grown bigger than ever, and this year, The TriFactory will be offering major prizes from their Platinum Sponsor, PUMA, to some of the race's most accomplished runners.

The Pyramids Half Marathon is open for anyone as young as 10 years old and as old as 80 and over. The final registration deadline falls on November 30th at midnight. Make sure you don’t miss your chance to #RaceThroughHistory by visiting pyramidshalfmarathon.com