Meet the Egyptian Filmmaker Behind Our First Indie Feature in Cannes

In the outskirts of the city, we stroll around with young filmmaker Abu Bakr Shawky to discuss his feature film Yomeddine way back while he was filming it, his take on the independent film industry, and telling the untold stories of Egypt. 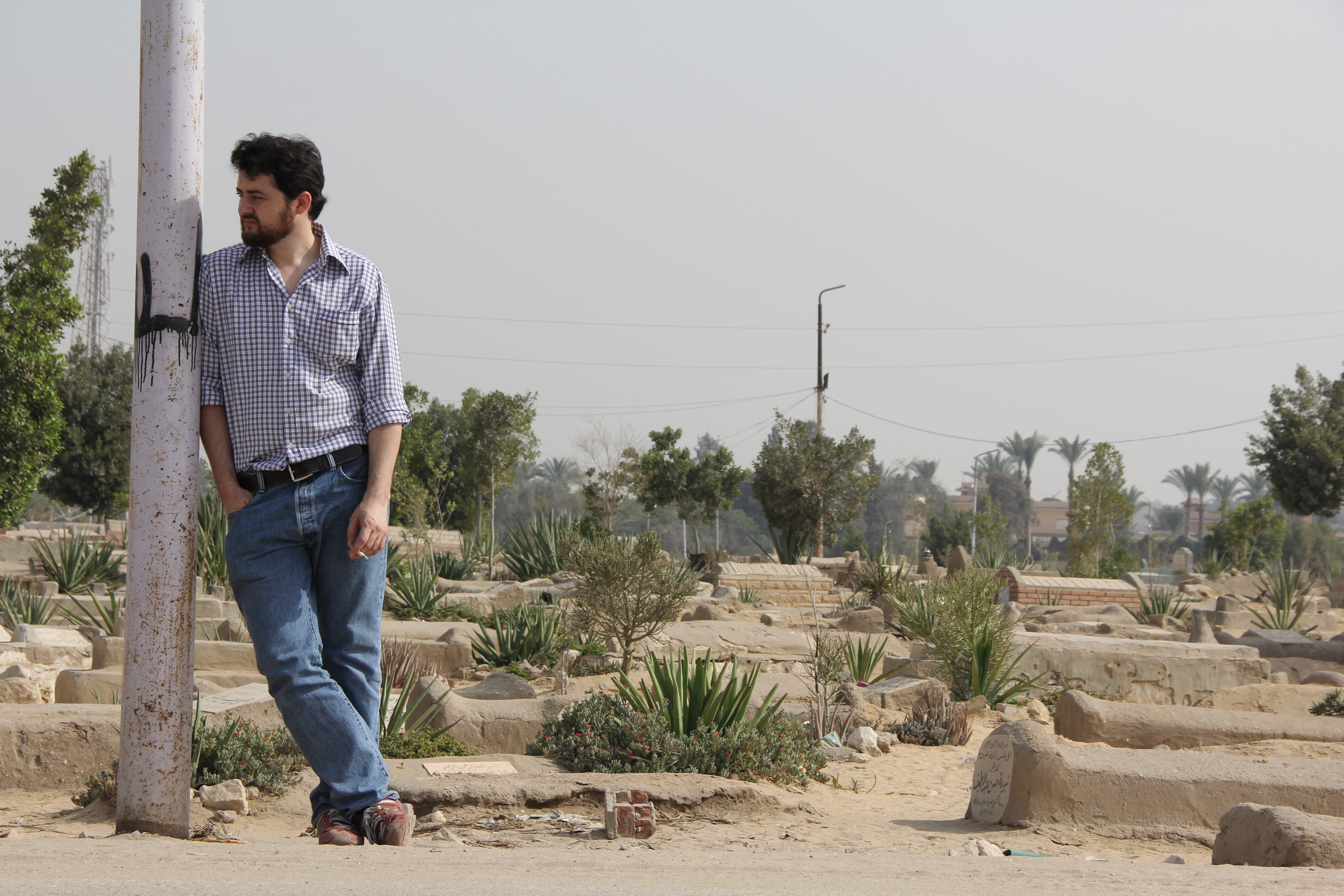 The heat unbearable and the sun merciless, I look over, squinting at the young filmmaker I’m to interview. Abu Bakr Shawky, having completed his masters at New York University and proven himself as a talented short film and documentary maker, is now in Egypt to shoot his upcoming feature film Yomeddine. Surely this interview will not take place, I think; he won't be willing to continue in this heat. With that fair complexion of his, isn't he going to turn around, go back to the safety of his car and drive off? Instead, he coolly lights a cigarette. “So you have some questions for me?” he asks with a smile. It dawns on me why he’s so at ease despite the scorching weather. The surrounding environment is very much Egyptian; from the weather to the desert road, to the passing traffic. Seeing that his goal in movies is to expose Egypt in its entirety, the heat and noise and him are a match made in heaven. Walking by a local graveyard on the Alexandria Desert Road, surrounded by dust and desert, there isn't really a place for us to sit, unless we propped ourselves atop a grave - which would be bizarre to say the least. “How about that wall?” says Shawky. I assume he’s not serious...but he is. So, with more difficulty than I anticipated, I manage to get myself up, much to the amusement of onlookers and my own embarrassment. Abu Bakr follows suit with a smirk on his face and the interview begins…

With multiple international film awards for documentaries and short films, naturally he wishes to take the next step with his ambitious Yomeddine feature film. “I got into filmmaking at a very young age. It was something I felt I could do. As a filmmaker you have to know a little bit about everything,” Shawky starts. “In Egypt I payed my dues working on projects I’d rather not even mention as an assistant director. I didn’t want to wait till I was 40 to make my own film...and with our lifestyle who knows how long we’ll be around? So I applied to different universities in the States like Columbia and New York University. I needed to know where I stood so when I got accepted in all of them it was a sign. I went to NYU for my masters to make the jump across the pond.” Shawky’s utilitarian approach towards his filmmaking achieves a balance between creating a piece that is both artistic and true to the director’s identity whilst still being entertaining for the viewer; “there should be a balance between entertainment and your artistic vision, there are many who look at the artistic side and neglect the entertainment...but your product is not for you alone. You have an audience. And don’t forget you also have financiers seeing that it is very expensive to make a movie."

His short movie Al Awda (The Return) is one of his early works which he made for his thesis for the Egyptian Film Institute. “It's an early work where I wanted to do a re-imagining of Ambrose Bierce's short story 'An Occurrence at Owl Creek Bridge' in a modern Egyptian setting. In it, the dreamy flow of visuals was intended and I had wanted to experiment with those angles for a while. Every film is a learning process...Kurosawa himself said that only when he reached his seventies did he find his work more rewarding and compelling.” His short films are loyal to portraying a striking or untold social or political issue in Egypt; this remains the case when producing personal pieces such as in his work, Things I Heard On Wednesday. "I'm proudest of Things I Heard On Wednesday because I feel closest to it. It was my work of grief over my grandfather's death and the end of an era for my family...it was supposed to be a simple school experiment but it did quite well for being only a montage of pictures and voice over. The longer I worked on it the more I realised how connected working class families are with Egyptian politics and history even when they don't participate."

With Sobky movies flooding Egyptian cinema one wonders about the fate of an industry that once stood as a pioneer. So where does Shawky’s upcoming feature film stand in the midst of such movie horrors? “I’ve lived in New York for three years but all the stories are here. There are no more taboo subjects in the Western world, in Egypt there are so many untold stories. Our cinema is very Cairo-centric and not international enough but there remains so much potential. I want to create a link between Egypt and the Western audience, bridging the Eastern and Western cultures,” he discusses, elaborating on his ambitious goal with fervour and confidence. Understanding the struggle of making independent movies, he refuses to allow the many obstacles to stand in his way. “You could sit and apply for grants but then you could wait till you die. I take a different approach where I am willing to go and knock on strangers' doors rather than wait for these finance cycles. Thing is, I am a first-time feature filmmaker and you’re only as good as your last movie. So financiers are always skeptical and I get that which has made funding my upcoming feature film a grueling task. Hitchcock made 30 movies before his big break, but you can’t afford that nowadays; today you get one or two chances at the most.” Finishing up his last cigarette his eyes twinkle as he begins discussing his upcoming movie. “We will hopefully start shooting in September and we got a grant from the Richard Vague Film Fund; it’s a road movie about a leper who was living in the leper community in Abu Zaabal and when his wife dies he leaves the colony along with his apprentice to find his family in Qena and find out why his father never came back for him. It’s different, we want to shoot the off-the-beaten-path Egypt.”

Optimistic and pragmatic Shawky has decided to dedicate himself to act as a medium between the East and the West through works of art that expose the untold stories of Egypt; now it’s all a matter of waiting to see his upcoming feature film.

Check out his work here.