How I Beat Heroin: 6 Success Stories of Former Egyptian Addicts

Stories of heroin addiction and its horrors are often told, but what is equally important is the other side of it: the success stories of those who recovered. We speak to seven addicts to uncover the tales of how they kicked the habit, and got clean and sober. 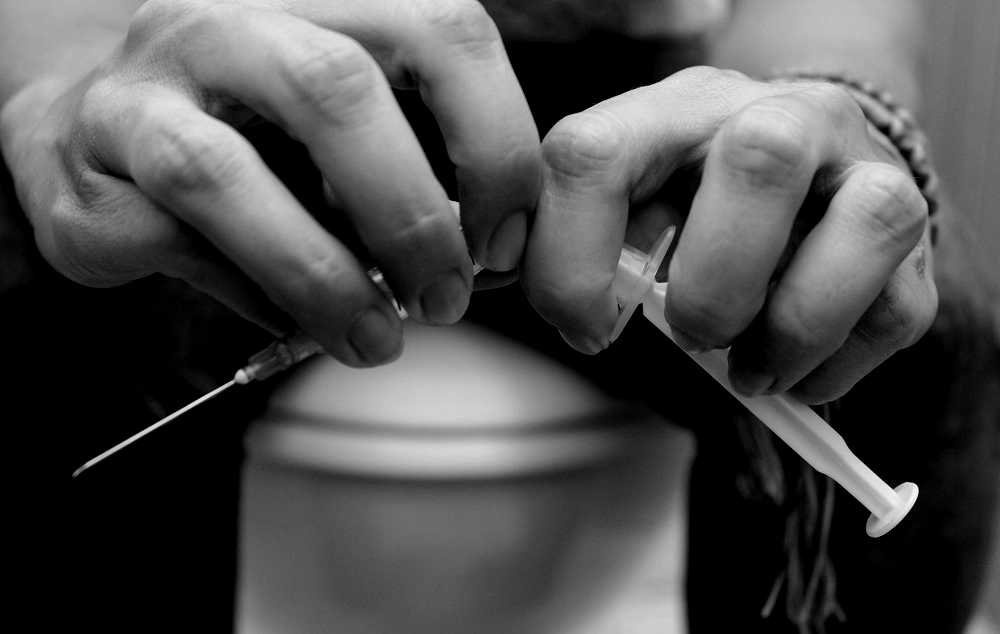 Usually people write about the horrors of addiction; how it takes control and then subsequently destroys the lives of everyone involved. It makes for good dramatic effect. However, there are many success stories as well that pack an equally engaging punch. We sat down with seven Egyptian recovering addicts, and asked them how, what, and why they quit, then asked them to rate their chances of a relapse on a scale of 1-10, one being very likely, and ten being never again. These are their stories.

The problem with being young is no one really takes your sobriety seriously; you think you’re serious but other people say you’re not, so you start to doubt yourself every step of the way. Voices in my head constantly saying things like I haven’t really hit rock bottom like the other addicts I see talking at meetings. I quit using NA, I went to a 6-month halfway house, got a sponsor, worked the steps, and I still go to meetings to this day - the support I find there is unmatched by anything. I suggest it to anyone who can’t seem to get out of the hellhole I was in.

Well for me, there wasn’t one single reason that I quit but a collection of reasons. I was unemployed, single, my teeth were falling out, I contracted hepatitis B & C - I was pretty much dead. I had death all around my eyes, I hated everyone and everything myself included. I was just really exhausted of living a life that seemed to go nowhere. At that point I must have been to rehab at least nine or ten times - by that time I had lost count - but I was really trying and failing. So with unemployment and relying on my parents being my rock bottom I decided to move from Egypt to a country where I can get a job easily and there were no drugs. So I moved to Dubai, got clean, and never looked back. I have to say that during my yearly visit, relapsing is always so near that I am eagerly awaiting for my Egypt vacations to end.

I went to a very famous hospital in Heliopolis and found there the treatment that I was so eagerly desiring. I guess my reason was just that I couldn’t live like that anymore; I had to face my issues rather than escaping. I was so willing to do anything they said to get off the drugs; I was like an A student in the world of rehab. I never went back again and I never will. Two years after leaving I met the love of my life, and I just gave birth to a little girl; she’s my world, and I can’t imagine destroying all that was built in the last four years for a chance to get high. Getting high doesn’t change, it remains forever the same but what I’m doing now is far more exciting than any drug I have done.

My family wanted to send me to a place in South America where you had to stay at least a year, and the first six months there was no phone, no internet, no visits, no nothing. So at the time I didn’t really want to spend a year in any facility really. It was too long and I had spent most of my adult years in places like that. Thinking I needed to wiggle out of this one year crap, I recommended a two-week program in the same country and I made a promise that if I relapsed I’d go to that one year place. Somehow they agreed, but the irony is after I finished my two weeks there, I felt I wasn’t ready and started to work at that facility for over eight months before returning to Egypt. Of course as soon as you return back home, the attacks begin - as soon as you land in the airport. The way our city looks, the way it smells, the colour of the taxis, to the places you drive by where scores used to happen - it’s all a constant reminder. I felt like I needed those horse eyelid things they put on horses so their peripheral vision is constricted to a certain limited area or space. If you had asked me when I first got here the rating question I would have said 5/10. But now I found a continuation of the work I started there. I try and meditate daily, and practice yoga or exercise. I sometimes talk to this entity people refer to as God, I call it prayer but it’s not the traditional Muslim prayer, I just thank him for my life and everything in it and I never take a day for granted anymore.

What pushed me to quit? I got scared. I was a 25-year-old fresh grad - my chances of getting a decent job were already very minimal, so I figured looking the way I did, and having track marks on my arms didn’t really make my chances any better. So I went to rehab. It was comfortable - or more like I got used to it. When I got out it was very tempting to use, and it still is, but I keep thinking of how would I show up to work the next day. Being young was a good excuse to mess around, but that obviously wouldn’t work now at all. I still go to meetings, and I see people showing up high all the time, and I think to myself: I was that person, and I definitely don’t want to go back to that again.

The reason I decided to quit was because I was living in crisis mode. I had shot up in an artery instead of a vein, so I developed gangrene on my thumb and pointer finger. I had traded my car with my dealer for a steady supply that I was getting daily, and then I changed the ownership title of the car to nullify the sale documents after I had taken 20,000 worth of drugs.

Now that guy was chasing me, with gangrene on my hand and the usual fuck ups of addict life, I was really miserable and I was living in a constant state of anxiety and crisis. I started contemplating suicide because life was not fun at all; every waking moment was kind of painful. So I decided to give rehab another shot. I went to rehab for 28 days then I started going to NA meetings. I got a sponsor. I did the first step and then I just couldn't go on with the program after that - I realised it's just not for me.

I'm doing psychotherapy now, one hour a week. And I'm working on myself, especially those issues that made me want to use in the first place. Rehab was boring as it usually is, I had gone to rehab six or seven  times before that and had tried all sorts of remedies. I guess what really made me want to quit this time is the place that I had gotten myself into. My life changed drastically afterwards, and the reason I'm still clean with a solid recovery, noting that I have absolutely nothing to do with NA, is that I don't want lose what I gained in my life so far. Which is the respect of people around me and for myself. I'm using the money that I used to squander on dust to shoot up in bathrooms now to do real fun stuff, and every day is another adventure.

*All names have been changed to protect the privacy of the individuals.