Ashab is the Locally-Produced Kids Game Bringing Diversity Into Play

Hoping to teach kids to embrace diversity, Ashab is the board game all about friendship and acceptance - whether it’s of other people’s differences, or our own. 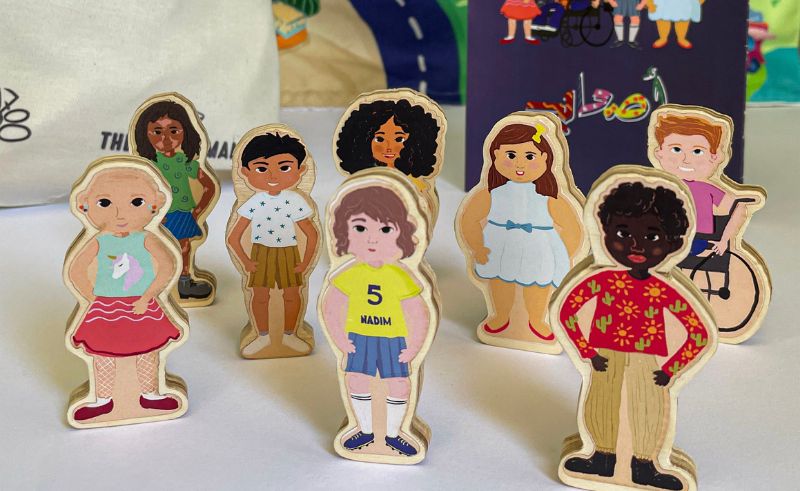 Diversity and inclusion are currently the ultimate buzzwords - for good reason. They allow us to question preconceptions and consider other perspectives. However, the tools to navigate and achieve such nuanced concepts often get lost in translation, and ‘Ashab’ is here with the manual.

‘Ashab’ - which means ‘Friends’ in Arabic - is the locally produced board game that brings kids together in a perfect little town with characters representing different cultures, abilities, and physical attributes, prepping them for a more accepting future. While we’ve all grown up with the basic blonde white Barbie dolls, Ashab’s creators Marina Zaghloul, Christine Zaghloul, and Sarah Akram are paving the way for change and bringing real characters to life.

Collectively, the Zaghloul sisters are the founders of ‘Zagazoo’, an edutainment company, while Akram is a content creator with a passion for psychology and education, as well as - in her own words - “a bit of a nerd.” The partners met on Instagram, where they decided to collaborate on ‘Ashab’ to empower kids and parents alike.

“Kids are by nature more likely to prefer others with a similar visual profile, so the idea to represent diverse characters came from us trying to get them used to ‘different’ kids and represent kids who feel different,” Akram tells CairoScene. “A mother messaged us saying that she was the ‘chubby kid’ in her school and she loved seeing ‘Farah’ one of the characters in ‘Ashab’, so she can tell her daughter that this was who she was when she was young.”

The concept entails a play-mat mapping a town, with eight characters each representing a different identity, whether it’s a wheelchair user, a girl with untamed curls, or a character with vitiligo, to name a few. Those characters are designed to grow with the kids playing as full-fledged characters that can be incorporated into the kids’ other games. They can even instigate conversations between kids and their parents; ‘Ashab’ comes with a brochure that can help parents answer many questions their children may have.

The high demand took the founders completely by surprise. “In our society we tend to have an issue with accepting differences, which was part of the idea behind ‘Ashab’, to expose children as young as 1.5 years to people they might see in real life,” Marina Zaghloul tells CairoScene. “As someone who has a chronic skin condition I felt it was important to have a character with vitiligo. She felt very dear to me, and when I was showing the game to another child, she made the connection that this character is just like someone we know in real life, which was very interesting.” Similarly, representing boys with long hair felt personal to Akram whose kids receive unsolicited comments on their hair length.

The game launched less than a month ago and has already sold out as of the time of this writing, but if you would like to check if it is restocked you can visit zagazoo.world.