Disregarding the ridiculous nature of the upcoming generations, we found seven instances where Egyptian students kicked ass intellectually and won some awesome awards. 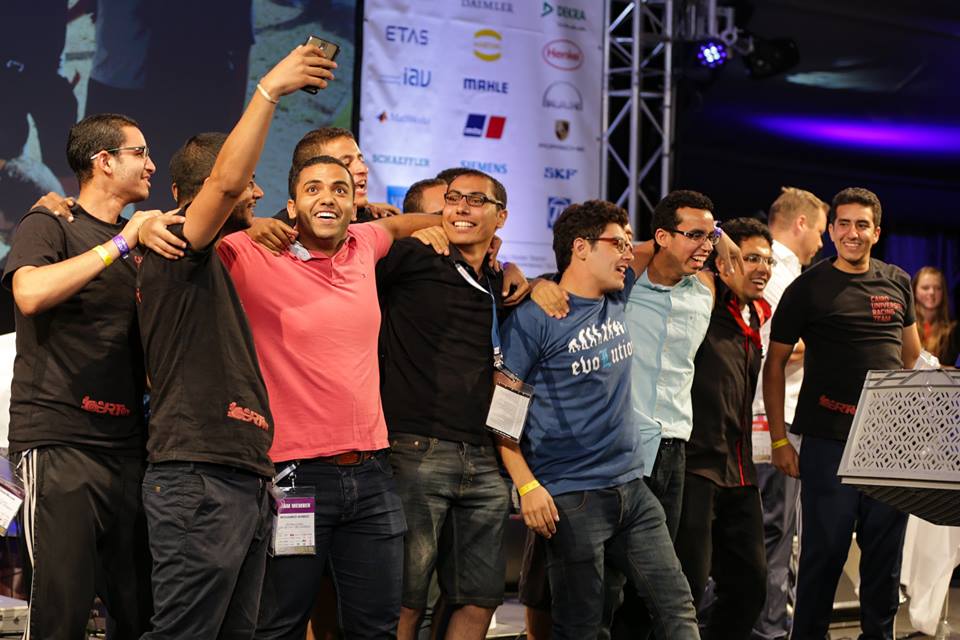 Egypt's education system gets a bad rap all the time, and some of the graduates of said education system manage to quickly prove why. Seriously, how does someone get a university degree when they don't know how to properly construct a sentence? Restoring our faith in Egyptian education and its spawn, we've found seven students/student groups who've helped us save face on an international level by winning awards, innovating awesome ideas, and all-around kicking ass. 20 students won a phenomenal award in the Formula Student Competition in Germany for creating a race car. The competition is actually about making a car capable to compete in the Formula 1 races. They won the title, challenging 72 other teams worldwide. These Egyptian youngsters won the prize for having the best robot design in 2015 at The World Adolescents Robot Contest. The contest was in Beijing and welcomed teams from 18 countries and 145 specialized institutions. This math wiz of an AUC student participated in the Mathematics Association of America (MAA) Mathfest Conference in Washington, and won the Outstanding Presentation Award. The award was for his magnificent paper on matrices algebraic operations. An environmental genius, Yasmine won the environmental award in the Pittsburg USA Intel International Science and Engineering Fair (Intel ISEF). Her invention is a method to purify water using sugarcane straws, a magnificent idea that would save a lot of money if applied through factories for mass purposes. With his remarkable accomplishments in engineering, having been awarded for scientific research and now a doctorate student in flight system dynamics, this future pioneer qualified for a NASA program to become the first Egyptian astronaut. Samah has won sever awards for her smart traffic light dissertation project. She invented a system that gets traffic lights to ‘talk’ to each other within geometrical areas. They adjust their own times to open and close depending on the flow of traffic in real time. Her brilliant traffic lights impact the society and the environment. He’s the real Clark Kent of our age. Recognized by Forbes as one of the 30 most influential social entrepreneurs under 30 Mohamed Zaazoue is the youngest Ashoka fellow worldwide. His superpower is that he founded Healthy Egyptians, a non-profit organisation that teaches unprivileged kids about diseases through cartoons, colouring books, puppet shows, and games to be in all school curriculums.