The Palestinian pop artist gets into the holiday spirit, satirically reimagining classic Christmas carols in an Arabic mash-up. 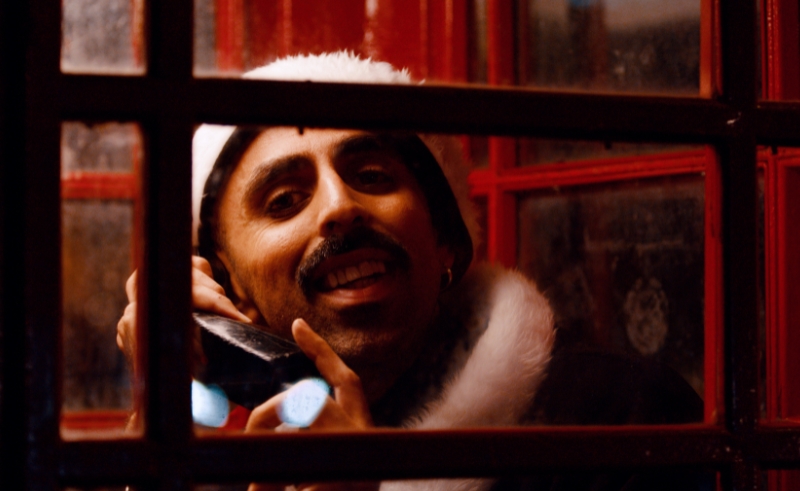 Following up his latest EP ‘Maskhara’, Palestinian pop artist Bashar Murad has released a satirical track and music video for ‘XMAS ASWAD’. In the track, Murad recounts the trials and tribulations he faced during 2022 while also tackling issues of patriarchy, which arise in the form of intrusive comments made towards women’s fashion choices in the region, as with the line “Some people say you’re obliged to cover up. Some people say you’re not allowed to cover up.”’ To amplify this commentary, Murad styles himself in an all-black Santa costume while lyrically stating that he will only dress in black, moving forward, as a means towards addressing themes of anti-progress.

“Some people want to take us back to the stone age,” he sings. “And not to ask why or how. From now I’m only wearing black.”

The track kicks off with an Arabic qanun playing the familiar melody of the notorious Christmas song ‘Frosty The Snowman’, but as the verse comes in, the melody and instrumental seamlessly transition into a reimagining of ‘Deck The Halls’.

The instrumental, produced by Abed Hathout & Bashar Murad, sees the artist heavily leaning into the Christmas aesthetic, using hand and sleigh bells along with shakers and a tambourine to decorate the colourful release.

The track also blends elements of trap with the heavy 808s and sharp clap sounds, while Murad mixes in eastern melody ideas with western pop aesthetics along the different sections of the track. Although it is impressive to see the sheer amount of ideas contained within this release, the artist glosses over them quite quickly, making the track seem somewhat unfocused.

The music video sees the multi-talented artist taking on the director role as we are met with Murad walking through the streets of London, vibrantly lit with Christmas decorations. Throughout the entire video, Murad gives a sarcastic performance in which his facial expressions clearly communicate his opinion on the themes of patriarchy and regression that he argues against in this release.