Born in the Streets: The Evolution of Shaabi to Mahraganat

A list of the most influential Shaabi tracks throughout history, documenting the ever-present soundtrack in the streets of Egypt. 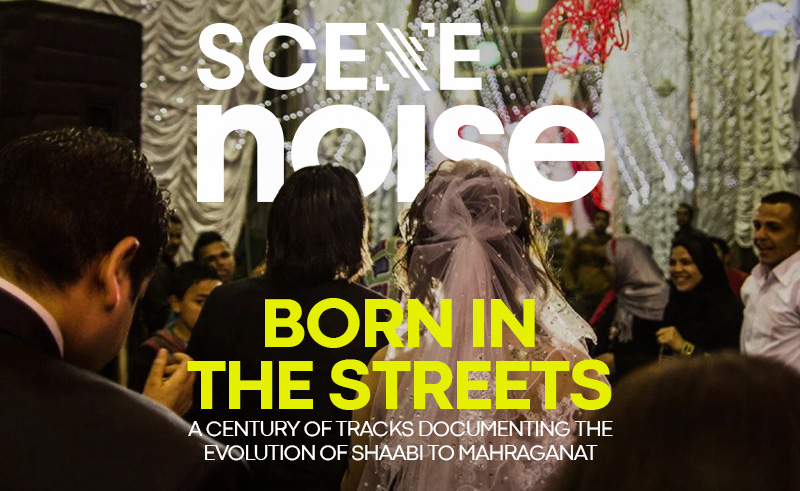 No matter where you are in Cairo - from the crowded alleyways of  Abbassia to the verdant Nile-side walkways of Zamalek - there will inevitably be a vibrantly lit felucca, an overcrowded microbus, or a tiny tuk-tuk honking nearby, blasting a never-ending playlist of Mahraganat music, overpowering the soundscape of the capital.

Known as festival music, or Shaabi, the genre has become an ever-present soundtrack in the streets of Egypt, and fans of the music have built a community around it in which people from all over the country come together to watch artists deliver striking live performances.

There has always been a direct correlation between the genre and street weddings, as within impoverished communities in Egypt, these ceremonies are communal and a main source of entertainment, where people come together in loud and colourful events. And a similarly loud sound followed suit, with local DJs centre stage showcasing their homemade tracks: Mahraganat. The genre evolved from the sound of Shaabi music, with an emphasis on vocal performance and a distinctive style of lyricism, with singers embracing autotune, and making use of more electronic musical aesthetics.

Regarded as novel, offensive, raw, and profane, the genre has managed to redefine Egypt’s music industry, while simultaneously getting rejected by it. Mahraganat has faced criticism from the public regarding its explicit lyrics, and while artists could become musical sensations overnight, their raw verses could suddenly become a public controversy. Profanity and misogyny are incessant labels that have tarnished the genre, placing the responsibility of an institutionalised social issue solely on artists of the genre, while absolving other forms of music and popular entertainment from that same responsibility, and falsely claiming that demonising and censoring the genre would bring an end to patriarchy, without considering the nuance and context that birthed the lyrics and genre.

The genre has become tricky to navigate, as deciding if a track qualifies as ‘Shaabi’ or ‘Mahraganat’ has become almost as subjective as people’s polarised opinions on the music. While Mahraganat has been viewed as a new phenomenon, there has been a long-standing history of Shaabi music that pre-dates the genre; from traditional Arabic ‘Mawaweel’ which gave birth to populist musical expression in the region, to the revolutionary duo Sheikh Imam and Ahmed Fouad Negm giving voice to the language of Egyptian streets with their collaborations in the 70’s, to cassette culture and Shaaban Abdlrehim later on releasing ‘Ana Bakrah Israel’ during the second Palestinian Intifada, the genre has had a long list of pioneers that have helped shape and inspire what Mahraganat music sounds like today.

If we view Mahraganat as an evolution of Shaabi music, then the emergence of homemade tracks and kitschy DIY videos can be seen as the genre catching up to the digital age, and since Shaabi artists throughout history have typically stepped outside of traditional musical institutions and industry standards, the state of Mahraganat music today mirrors the struggles that Shaabi artists have faced in the past; as they’ve had to carve out their own space as culture producers in the industry and fight for their music’s legitimacy.

Since its inception, Shaabi music has been a genre that has represented the Egyptian working class by embracing traditional instrumentation, Arabic musical ideas, and lyrics that reflect the reality of day-to-day life, all of which have struck a chord with listeners across Egypt and beyond. Today, electro-shaabi continues this representation, albeit with a new sonic palette that is inspired by rap and electronic music. Electro-Shaabi artists are creating music that resonates with today’s generation of listeners, where acts such as 3enba and Abo Sahar have modernised the Shaabi sound and repackaged it in a more accessible form, and acts such as El Waili and Molotof have created their own unique styles out of fusing the genre’s core elements with trap, Lo-Fi and synthwave.

As Mahraganat and Shaabi music continue to inspire countless artists and producers in the region, it is clear that their influence on modern Egyptian music will persist in the future, and while it is exciting to see how the genre will continue to develop, looking back at the history of Shaabi and Mahraganat can provide us with insight on the state of the Egyptian musical landscape as it stands today.

Here’s a chronological list of Shaabi and Mahraganat tracks that have shaped the development of the genre throughout the years: