Two of the biggest musical sharks in the regional scene, Cairokee and Marwan Pablo, collaborate in 'Roma'. 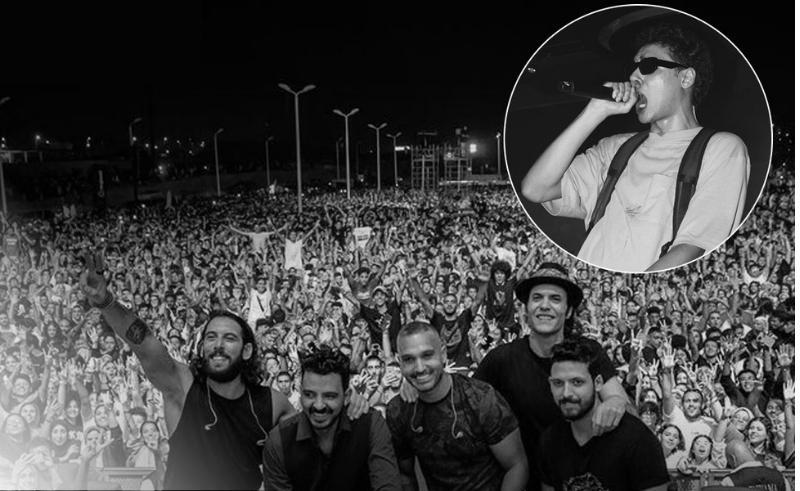 Knowing that Marwan Pablo was collaborating with Cairokee felt a little surreal. Cairokee are so much more than a rock band, they're Egypt's most famous band across any and all genres and revolutionary symbols in the regional music scene. Pablo rose to fame in 2017 with his incredible ability to make music that simply resonated with people, irrespective of their class or gender or ethnicity.

This collaboration came as a shocking revelation of the similarities shared between both artists. Their awaited alliance, 'Tarantino' came out yesterday and shook listeners to their very cores.

What has always set Cairokee apart is the way they constantly learn and adapt to new trends and sounds while maintaining a certain style that is, very simply, them. Their latest album, ‘Roma’, boasts an array of diverse styles, ranging from their usual alt rock direction, to trap-inspired tunes, and even some funk-based sonics.

Marwan Pablo, on the other hand, has been infamous for disappearing off the grid and then suddenly reappearing with a new single, video, or collaboration. Ever since his retirement in late 2019, Pablo has rarely stayed active following a release. However, there’s a rumor that a bulky album is in the works and set to be released within the next couple of months, so these long waits will be worthwhile soon enough.

‘Tarantino’ is the third single off Cairokee’s latest studio album ‘Roma’, which is an ode to legendary American director Quentin Tarantino. His movies have always been convoluted, using intricate storylines and a series of plot twists and easter eggs to keep the viewer on their toes until the very end, where everything comes together.

Lead singer Amir Eid says in the first moments of the single “I write history the way I want and feel, like Quentin Tarantino, I’ll make my mark amongst everyone.” Pablo responds to this point with “you lot keep making singles while I make history.”

Throughout his verse, Pablo reminds fans and haters alike, of the hardwork and effort he’s put in across the years to cultivate his current reputation and raise his market value. While he states he “doesn’t throw shade”, it seems like there are a couple of bars throughout his verse that can be seen as hints towards other artists, but it is (mostly) left up to the listener's own interpretation.

Sonically, the single combines both Cairokee’s alt rock instrumentals and percs over Pablo’s trap percussion and drum programming, giving birth to a uniquely fine fusion. Kicking off with the hi-hats before the introduction of the oscillated keys and shrill guitar riff, the chorus boasts a mini guitar solo before Pablo’s riff, as a solo-like riff occupies the 2nd melody behind the rapper’s vocals. The tension keeps rising as the track comes to an end with an introduction of a violin along with another guitar solo.