Egyptian indie rock band Cairokee is currently on tour in the US, where they’re playing Roma live for the first time. 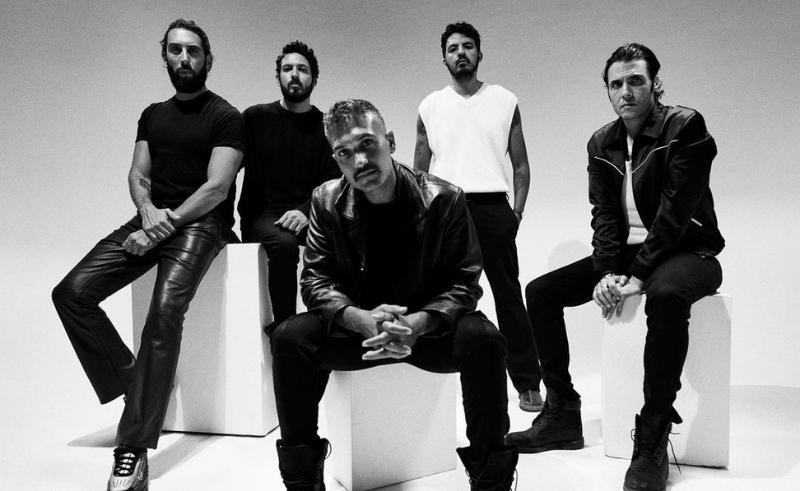 Popular Egyptian indie band Cairokee just released their latest album, ‘Roma’, and it has already topped the charts on all music streaming platforms in Egypt.

Considered one of the most prolific contemporary Egyptian bands, Cairokee is currently on tour in the US, where they played ‘Roma’ live for the first time in New York. “We love playing here, everyone is always so enthusiastic and we can almost feel their longing for the homeland,” actor and Cairokee drummer, Tamer Hashem, tells SceneNoise. The tour takes the band from New York to Houston, Los Angeles and San Francisco before heading back to Egypt, where they will prepare for an upcoming Cairokee Empire album launch.

'Roma' has been out for less than a week and the 11-track album has garnered a lot of reactions for being ‘different’ than the fanbase's usual expectations, but for Hashem, that was exactly what they were hoping for. “We spent three years on the album,” Hashem explains. “It’s a long process of trying to do something we love that's new and in line with our vision. Our lead vocalist and songwriter Amir Eid’s writing journey with the album was very personal, and we’re happy with the outcome and feedback.”

Rebelling against their own trends, Amir Eid’s defiant vocals venture into trap-inspired tunes, with the album featuring trap star Marwan Pablo in ‘Tarantino’. The eclectic band also released a music video for ‘James Dean’, a track that piqued everyone’s interest for its new take on romance. They felt it was part of the album’s puzzle in a sense, where they jokingly refer to the audience’s tendency to heavily research their new releases. Meanwhile the single, ‘Roma’, is Hashem’s favourite track on the album, as he feels it tells his story and, in a sense, truly represents him.

Despite the controversy surrounding the band’s new musical identity, it’s to be expected really. In 2014, ‘El Seka Shemal F Shemal’ received a similar reaction initially, before selling out in three days and becoming their most successful album to date. It seems like ‘Roma’ is taking a similar risk - and has, so far, been reaping the rewards.