The renowned violinist and pioneering Egyptian band talk about their November 4th show at the pyramids. 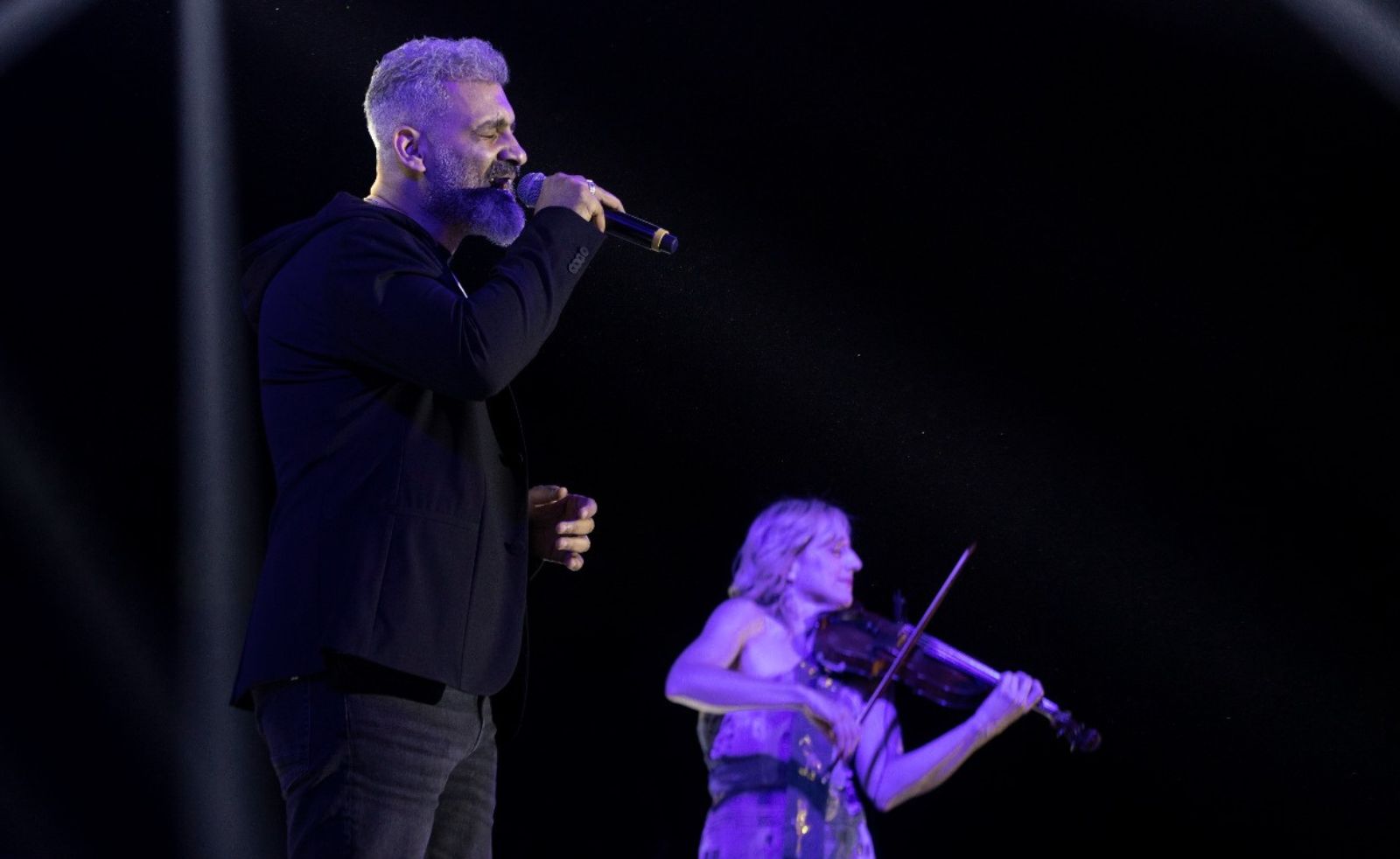 Violinist Daisy Jopling has been trotting around the globe, swaying audiences with her audacious contemporary style by fusing elements of classical music with the visceral sound and sonic aesthetics of rock music. Internationally recognized for her skill and sheer energy, Jopling’s latest venture has taken her to Cairo where she teamed up with local stars - including Arabic soft rock pioneers Wust El Balad, their frontman Hany Adel, jazz singer-songwriter Noha Fekry and cross-cultural band AfriCairo -on a spectacular merging of styles in ‘Irradiance’, which was performed live in front of the Great Pyramids of Giza on November 4th. Just prior to the show, Jopling and Wust El Balad spoke to SceneNoise in an exclusive interview about their illuminating show, and their plans for the future.

“I feel like we pass our energy onto everything we make as artists, and I view historical landmarks from that point of view as well,” Daisy Jopling tells SceneNoise..” I feel like these monuments carry the energy of the people who built them, and I feel awe when I am in front of the pyramids.”

‘Irradiance’ is the first of a series of concerts that Jopling plans on performing across the globe, teaming up with local artists to create unique fusions in front of beloved national monuments of great cultural importance, such as the Taj Mahal and the Acropolis. “I was invited to play at the Taj Mahal when I played at the Indian embassy in New York. So it wasn’t really my plan to play at these places originally, but as these opportunities kept popping up, I decided to follow them through and build a concept around them,” Jopling shares. “I want to play at these awe-inspiring monuments, and film at each of these venues so that I can pass that energy along to other people.”

Jopling was raised on a healthy diet of classical music, when her parents read that the classics had beneficial effects on the brains of young children. They were not quite so understanding when it came to the benefits of rock music, however. “I was 11 years old in school and I was leading the orchestra because I had been playing since I was three, so I was very good at this point,” Jopling says. “But I did not have a reference for what everybody was listening to, and then one day I went to school and everyone was talking about John Lennon dying, and I didn’t even know who that was! My parents were quite sheltered, and we lived isolated in the countryside.”

It wasn’t until she went to New York that the violinist was introduced to rock music, and inspired to make it part of her style.

“I started playing the violin for people who had never heard classical music before,” Jopling says. “I would try to make it approachable by mixing in different genres. I really grew as a musician when I started embracing different styles, and I took what I learned from rock music and applied it to my classical playing as well, as I learned to express my emotions better through my instrument.”

Throughout our interview, Wust El Balad was more than happy to talk about the current state of the music industry in the MENA region, sharing how genres come in phases. In their view, modern audiences’ proclivity towards rap, hip-hop, and shaabi music will not last forever, and that at some point, the band’s gentle and uplifting musical style will have a moment of revival.

Despite this grand prophecy, the band members believe artists in the region should be allowed to express themselves in any genre they see fit. That said, they think the musical education system in the region is lacking, and that strengthening this infrastructure will only lead to more developed and refined musical styles to emerge from the region.

When Jopling was asked about her experience with working alongside musicians from Egypt, she told us that when she arrived in Egypt for the first time a year ago, she immediately felt like she was at home. “There is so much kindness in the people here,” she says. “This project is an international collaboration in music, which breaks prejudice, we never think of ourselves as just Egyptian or English or any nationality.”

When asked about her plans for the future, Jopling hopes to start a movement of music education, where she exposes children to live performance and not just musical training. “I have seen how music can change a child's life. I love to give children the opportunity to shine on stage, because they might have been neglected during their upbringing,” she says. “And if you take a child and teach them a talent, where they can perform It for other people, it changes their life immediately. We have hundreds of kids learning in New York, and I’m ready to start working in Cairo on this issue."