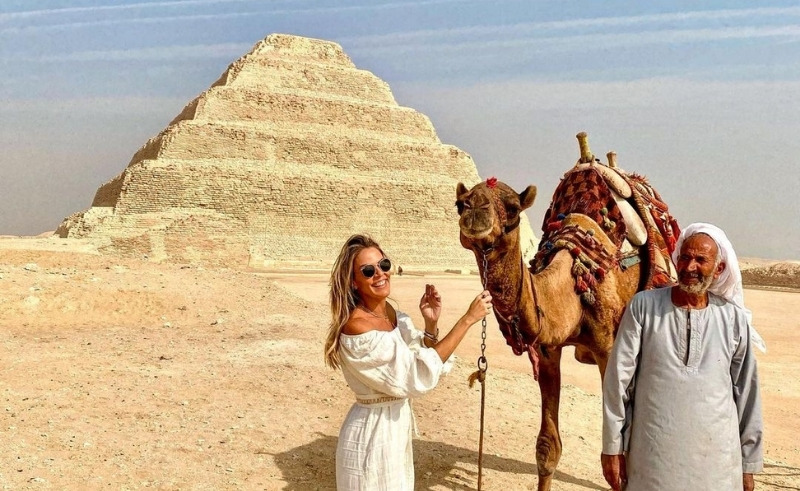 One of Egypt’s most defining architectural achievements, the Great Pyramids of Giza are a dazzling feat of engineering genius. However, Egypt has more than just Khufu, Khafre, and Menkaure. With over 100 pyramids scattered across the desert, each of these ancient structures represent a distinct chapter in Ancient Egyptian history. Here are ten of the most intriguing pyramids outside of the Giza Plateau…

The Bent Pyramid of Sneferu | Dahshur

In a superb state of preservation, this pyramid in Dahshur is the first smooth Egyptian pyramid built. It’s the second of three pyramids constructed by Pharaoh Sneferu of the 4th Dynasty as an experimental venture in the flat desert lands of Dahshur. It has been dubbed the Bent Pyramid due to its tilted appearance with its drastic change of slope around the middle of the structure.

This is the first of Sneferu’s pyramids in Dahshur on the west bank of the Nile. It gets its name due to the red hue of its exterior limestone blocks. Its four sides have a consistent slope of 43° 22’ throughout and is believed to be the final resting place of the great pharaoh. In the 1950s the remains of a mummy were found inside the pyramid but the discoverers failed to conduct a proper medical examination.

The youngest son of Pharaoh Neferirkare, Nyuserre, is known for his work completing a series of monuments left unfinished by kings before him. After this noble feat, he went on to build a funerary complex for himself in Abusir including this smooth, limestone step-pyramids. Although it is currently in ruins and exploration inside has been banned, it is believed that the inner chambers may hold a number of treasures that could provide valuable insight into the Old Kingdom era of Ancient Egypt.

The first Egyptian pyramid to ever be built, the Step-Pyramid of Djoser is a feat of architectural genius. So much so, that King Djoser honoured the architect who built it, Imhotep, by elevating him to a god who was worshipped as a deity of medicine. Imhotep designed and executed a massive stone step pyramid towering 60 metres over the desert with six levels of stacked limestone terraces. The pyramid was once the centre of a sprawling funerary complex that now mostly stands in ruins.

Although not the most formidable feat or architectural design due to the waning construction standards of the late 5th Dynasty, the Pyramid of Unas is remarkable for having the first pyramid texts inscribed on the inner walls of the funerary monuments. Don’t judge a book by its cover; its unimpressive exterior gives away to some of the most elaborate hieroglyphic etchings to come out of antiquity—considered the earliest body of literature from Egypt.

One of the most mysterious Egyptian pyramids, the Unfinished Pyramid of Baka in Zawyet el-Aryan is one of numerous incomplete pyramids in the area. All that remains is the burial shaft. Although this may not seem that impressive, this pyramid is an invaluable find for archaeologists and historians trying to understand how these ancient massive structures were constructed.

The father of King Djedefre, Khufu, built his funerary pyramid in the Giza Plateau. His son followed in his footsteps and chose the plateau of Abu Rawash for his own final resting place. Constructed to be the same size as the Menkaure pyramid, Djedefre’s funerary monument did not fare the same fate. It now stands as Egypt’s northernmost pyramid in complete ruins. Standing as a pile of rubble, the Pyramid’s fate can be attributed to a number of factors but the most probable theory is that it suffered from centuries of looting, robbing and destruction.

The Pyramid of Senusret II | El-Lahun

Built during the Middle Kingdom of Egypt—a period of revival of old traditions—the Pyramid of Senusret II was built in a secluded area known as el-Lahun. It differs from its Old Kingdom counterparts built more than 1000 years earlier due to its use of mudbrick as opposed to the traditional limestone. It was the first pyramid to be constructed out of this material. Following an extensive restoration process, the pyramid is now open to visitors.

Located just a stone’s throw away from Saqqara, Abusir once was home to 14 Egyptian pyramids dating back to the 14th century. Now, only four remain along with a sun temple and a handful of mastaba tombs. The abandoned pyramid is dedicated to Neferefre, the king who died prematurely. Following his death, his successors decided to abandon the idea of a pyramid and instead finish it hastily as a mastaba tomb. This botched pyramid became the final resting place of Neferefre.

The Pyramid of Meidum | Beni Suef 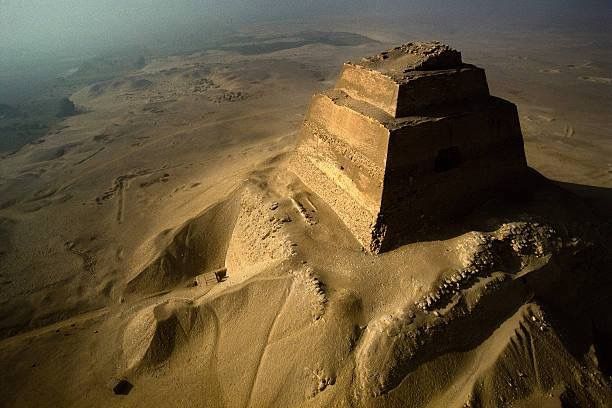 A peculiar looking structure, the Pyramid of Meidum is among the earliest constructed in Egyptian history. It was the first straight-sided pyramid, marking a transition from the traditional step design. The outer limestone casing collapsed over the years, exposing its inner structure, offering priceless information to Egyptologists looking for answers as to how the ancient Egyptians constructed their pyramids.