The ziggurat was given minor renovations in the 1980s which touched up its façade and staircase, allowing us to witness an enduring Iraqi symbol of ancient splendour and academia. 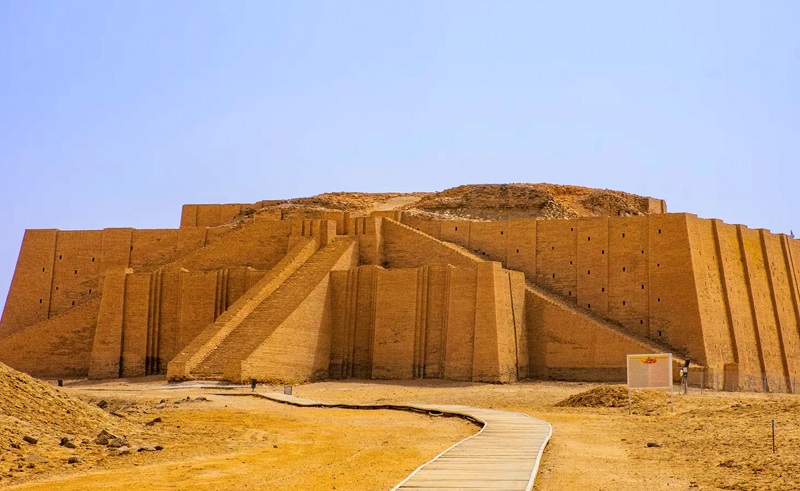 The Ziggurat of Ur is a gem of ancient engineering, located in the Dhi Qar governorate of Southern Iraq. It was built nearly 4,000 years ago for the mythical moon god Nanna. While religion may have been its foundation, it was also a hub for science and astronomy - a testament to the ingenuity of the ancient Sumerian people. 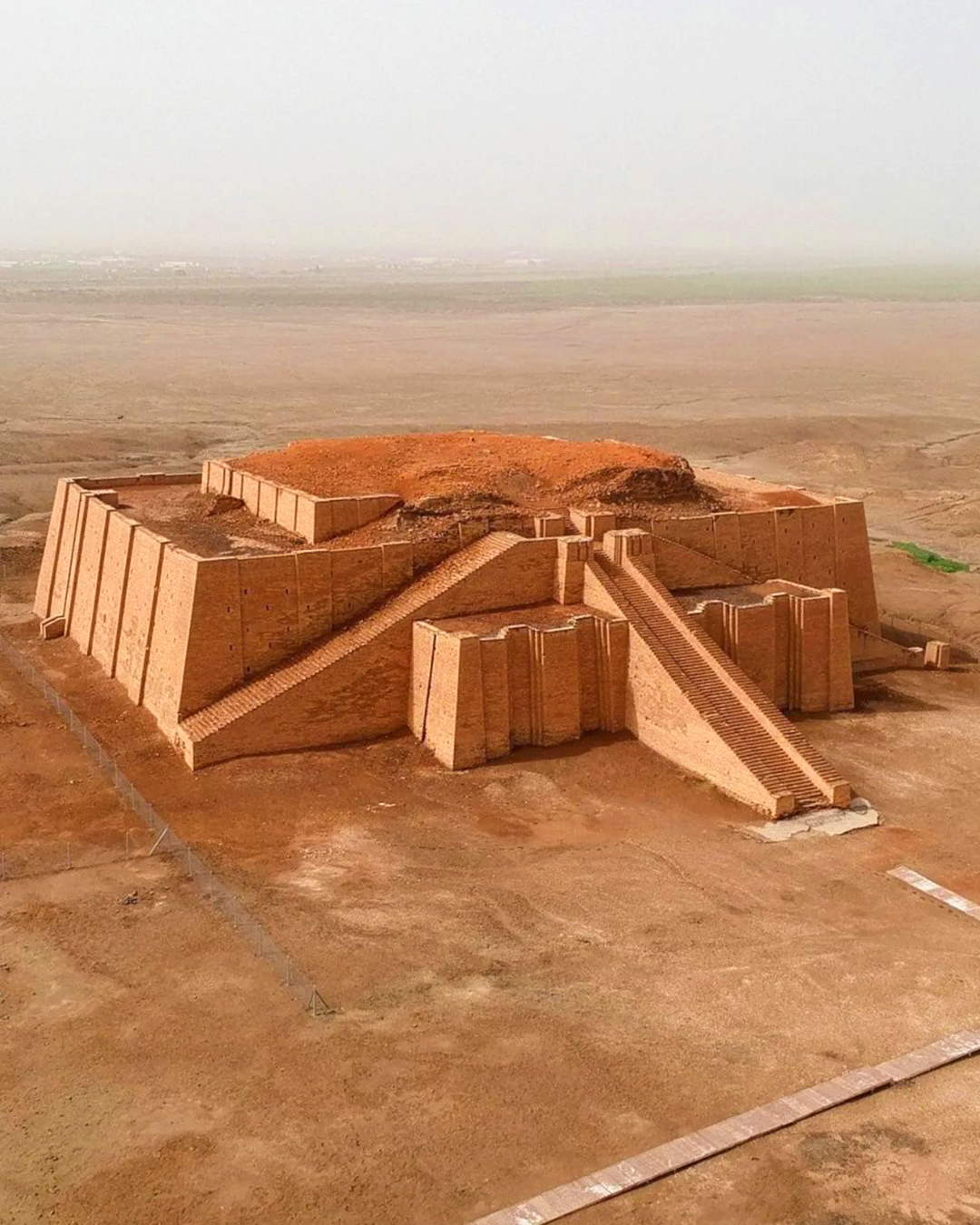 The city of Ur was a prominent Sumerian city-state, and its ziggurat served as its administrative heart - and continues to serve as its best-preserved spectacle. It is a massive step pyramid that remained covered in sand for millennia until British archeologist Sir Leonard Woolley’s expedition in 1922. 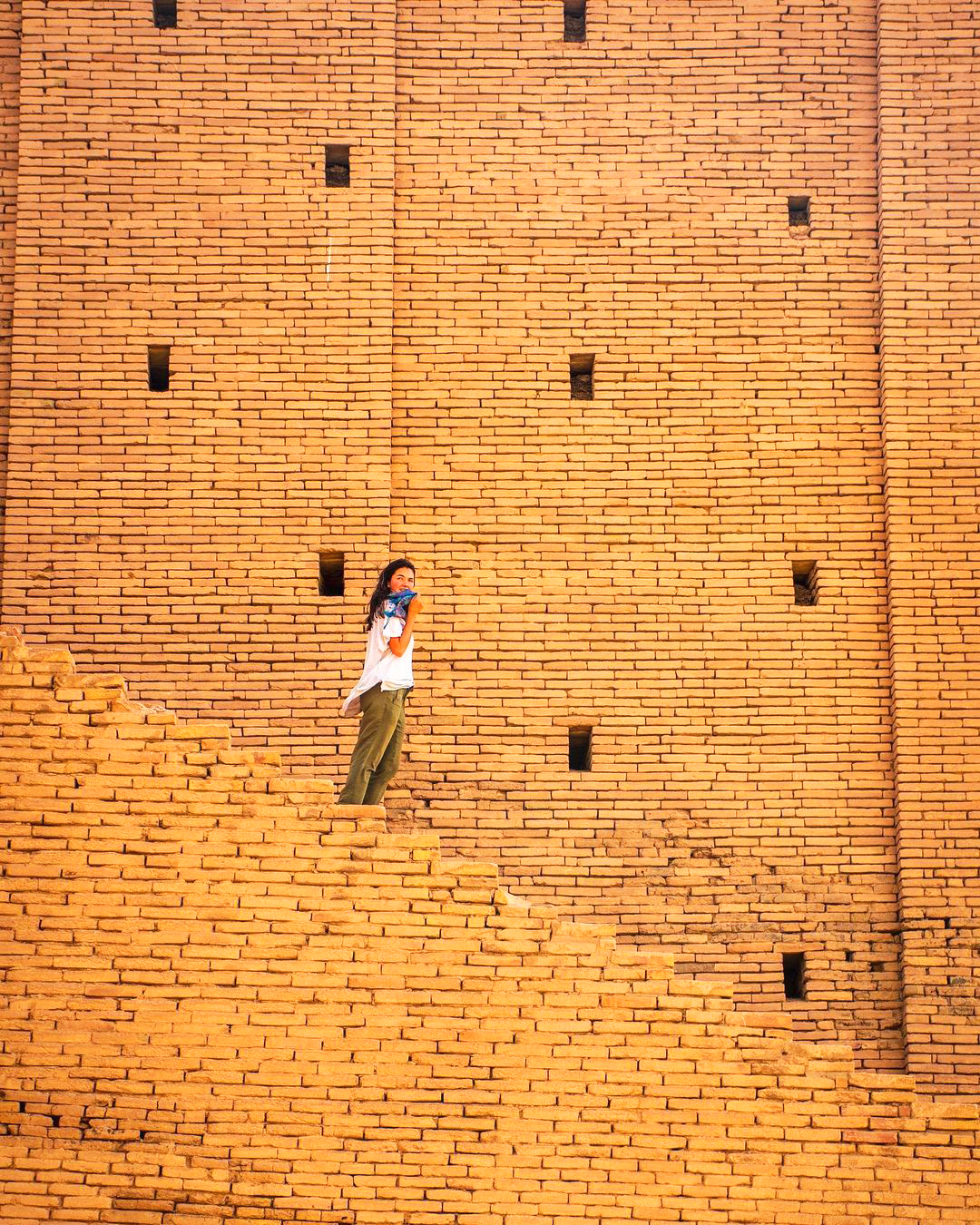 Ziggurats were believed to be earthly homes for gods and goddesses, with bed chambers prepared for them and a maiden assigned to serve them. The maiden is believed to have accompanied the priest, who likely held astronomical knowledge that matched his religious aura. Adjacent to the stairway was a kitchen and the outer enclosure contained a storehouse, houses for the priests and a ceremonial palace. Indicating that it wasn’t just a religious building, but a centre of innovation and study. More akin to primitive universities than temples. 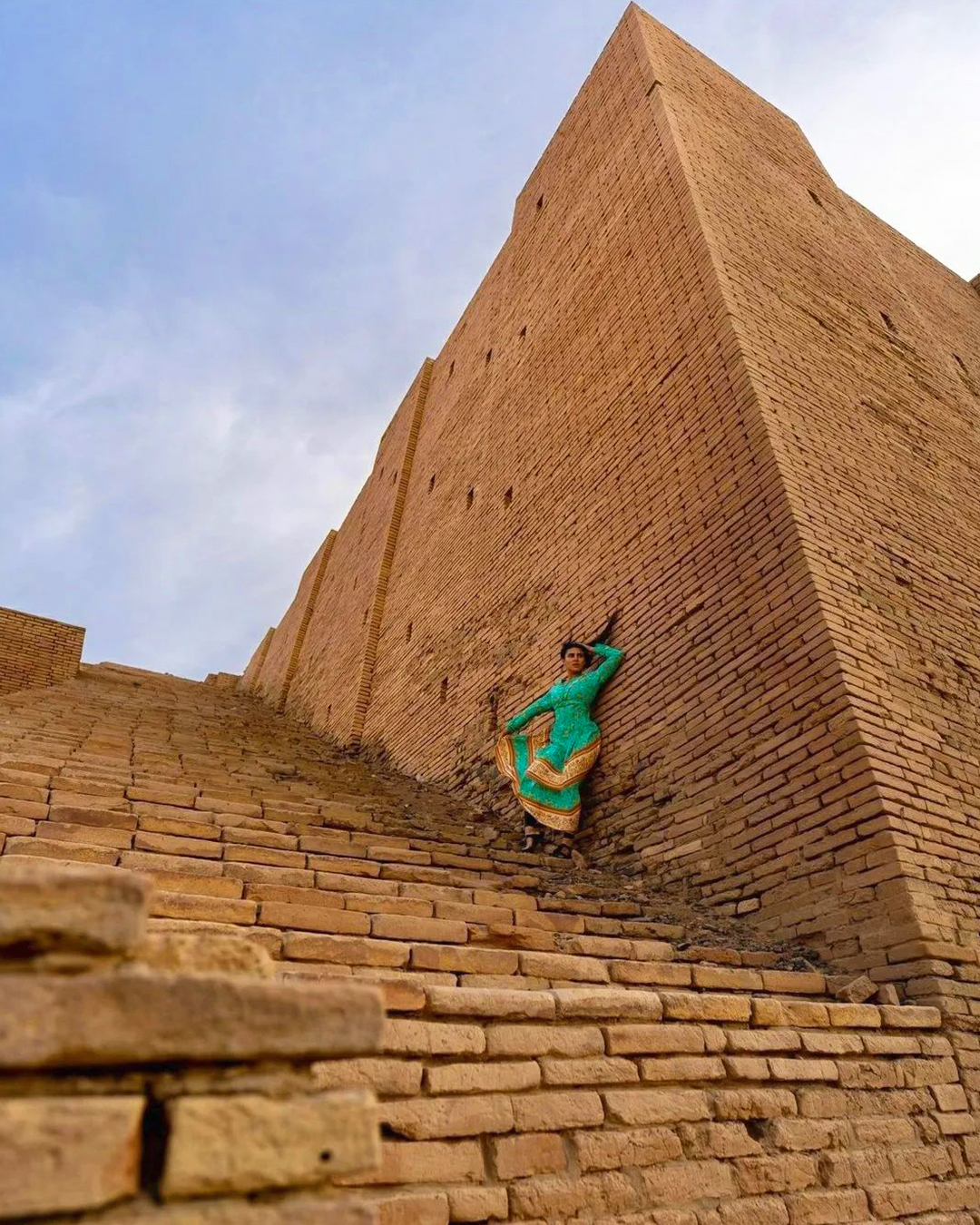 Whether Sumerians understood the heliocentric model of our solar system or not remains in contention, but they did record star patterns and movement. Dedicating it to Nanna wasn’t random; it’s evidence that astronomy was of paramount importance to the ancient civilisation. Burned bricks cover the ziggurat’s inner mudbrick core to protect it from natural elements, and square holes arrayed on its façade look like windows when they’re actually openings meant to release excess moisture from the structure. Entrance to the upper levels is celestially aligned towards the summer solstice, and the grandiose staircase is oriented to bask in the first sun rays of the day - creating a sort of spiritual connection between the cosmos and the construct. 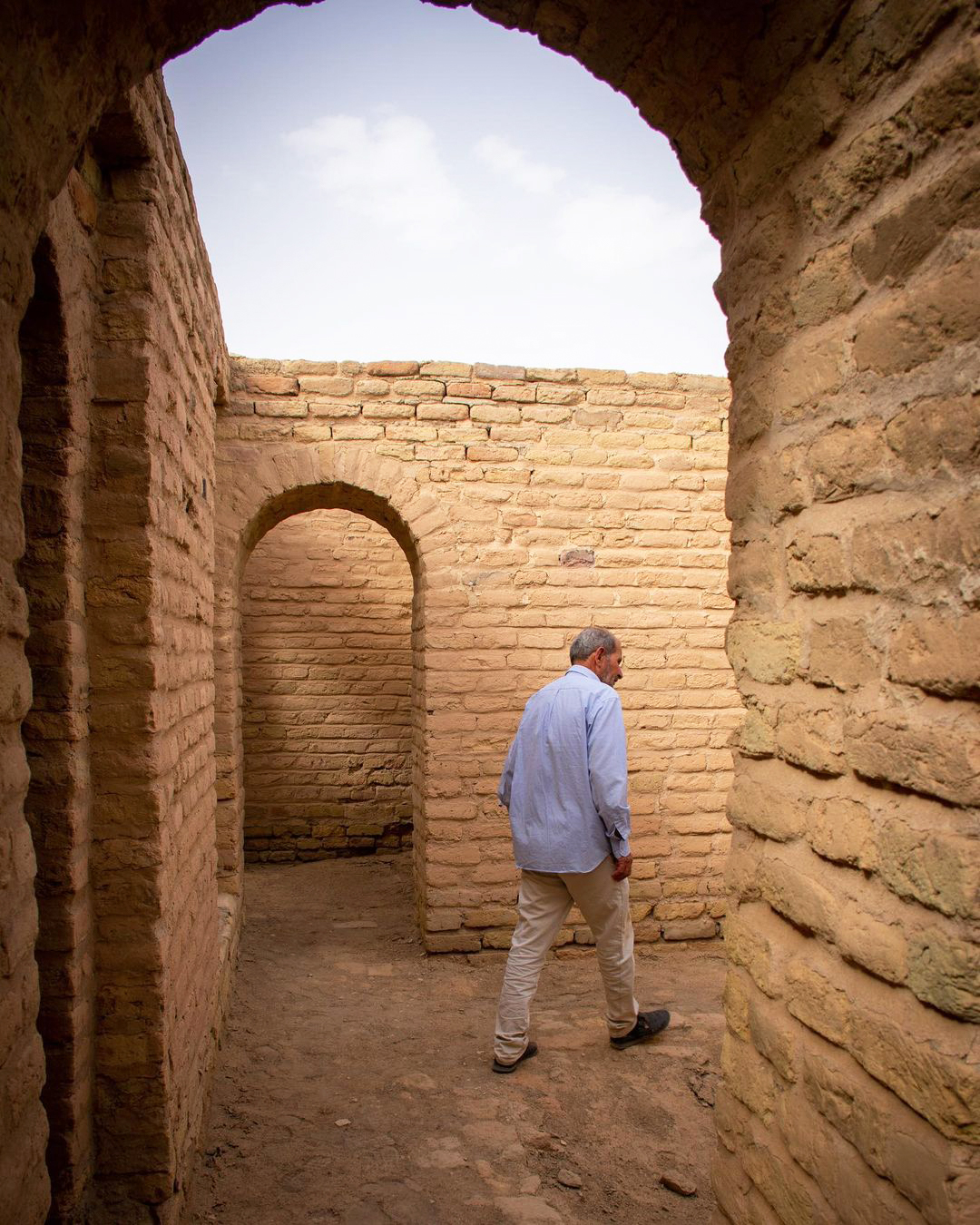 Over the centuries, Ur fell, was sacked and, eventually, completely abandoned. A great city that disappeared from human memory. Contextualising its historical importance, the ziggurat was given minor renovations in the 1980s which touched up its façade and staircase, allowing us to witness an enduring symbol of ancient splendour and academia. 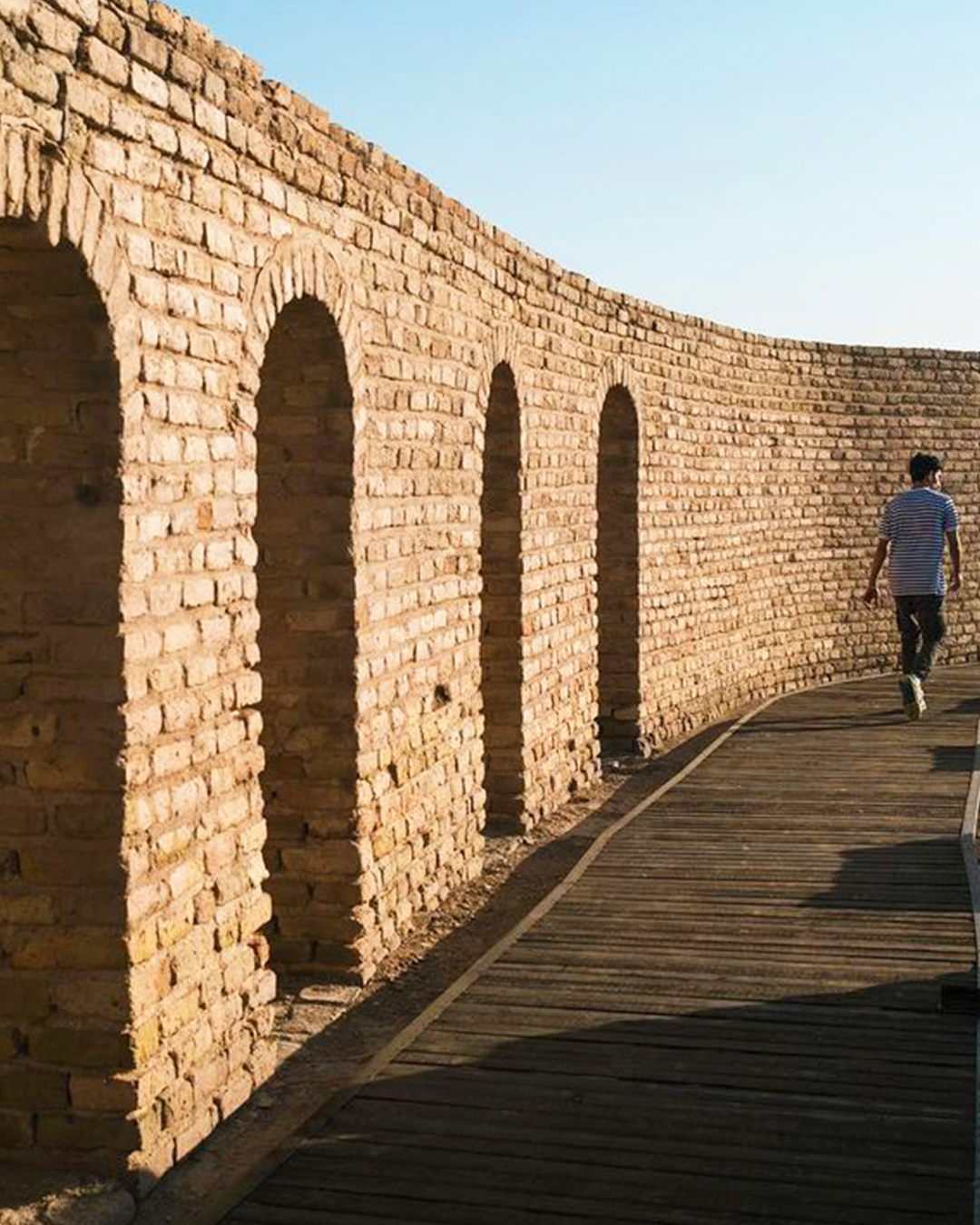 Entering the ziggurat costs around 5,000 IQD ~ EUR 3.50 a ticket, which is purchased only from the administrative office of Ur’s gate. The site is open from 8:30 am till 2:30 pm and if you’re staying in Baghdad it should take around five hours to get there, three from Basra. If you prefer aerial views you can fly to Imam Ali Airport, also known as Nasiriyah Airport, and save some time. After stopping at Ur’s car park, a shuttle bus will take you further to the archeological site, which stands out in its terrain. A local guide residing close to ziggurat would be leading your way around and inside the ancient structure.