From Robots to Skis: Everything We Know About Saudi Arabia's NEOM 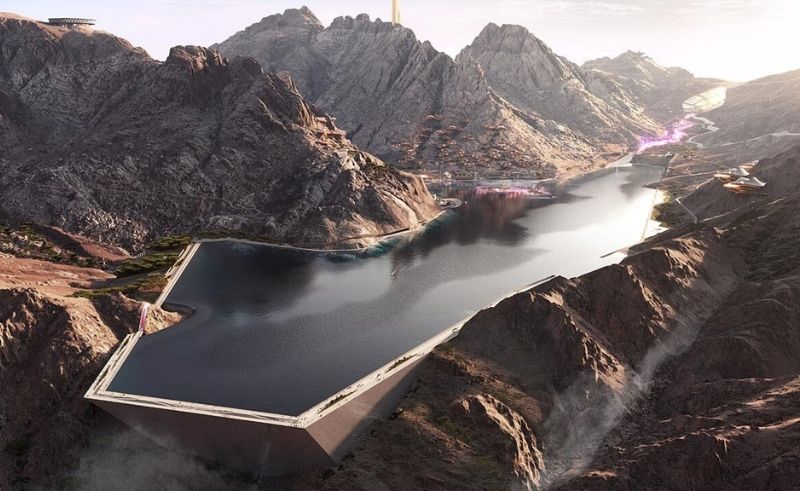 What prompts an oil state to build an eco-city the size of Belgium in a harsh isolated desert? In a bid to build a tech and tourism hub from the ground up, Saudi Arabia’s $500 billion NEOM - first announced in 2017 - is taking the principles of ecotourism and actualising them into something significantly larger-than-life.

Planned to be 33 times bigger than New York, NEOM will not only be a tourist destination with glow-in-the-dark beaches, but also a hub for clean energy, vertical farming, robotics and smart tech. Situated in a desolate stretch of desert in the northwest of Saudi Arabia, NEOM will stretch from the Red Sea just up to Jordan. When fully launched, it will create more than 10,000 jobs and add SR 3 billion (or $800 million) to the kingdom’s economy by 2030. The city will have its own autonomous government whose laws will be chartered by its investors. So far, three developments within the city have been announced; The Line, OXAGON, and TROJENA.

The most recently announced amongst them, TROJENA, set to be a global destination for mountain tourism and skiing. Situated in the centre of NEOM, TROJENA is characterised by a mountain range with the highest peaks in the kingdom at 2,600 metres above sea level.The new year-round tourist destination will feature attractions such as a ski village, luxury family and wellness resorts, and a wide range of retail stores and restaurants. It will also invite active tourists to take part in all kinds of sports activities, including a ski slope, watersports, mountain biking, and an interactive nature reserve. About 7,000 people are expected to settle in both TROJENA and its surrounding residential districts.

OXAGON will be a 7 kilometre wide floating city, home to the world’s first fully automated port and integrated logistics hub. This development will house the majority of NEOM’s residents. Its unique octagonal design is said to be able to minimise its impact on the environment and provide optimal land usage. The seven sectors that will form the core of OXAGON’s industrial development will be: sustainable energy; autonomous mobility; water innovation; sustainable food production; health and well-being; technology and digital manufacturing, and construction.

Finally, The Line will be a 170 kilometre long city that will cut a straight line through the desert. The district will be totally car-free, instead allowing its residents and visitors to travel via hyper-fast trains, where the lengthiest journey is no more than just 20 minutes long.

NEOM is also developing 100 sport and traditional rock-climbing routes on the sandstone pillars of Jabal Hisma, hoping to emerge as the latest world-class climbing destination. NEOM hosted over 80 climbers from Saudi Arabia and the region to trial the new routes and discover the natural beauty of NEOM in December 2021.

Last but certainly not least, NEOM is set to be the home of a massive coral reef restoration project. NEOM has partnered with King Abdullah University of Science and Technology (KAUST), to establish the largest coral garden in the world. Located on 100 hectares of Shusha Island, the ‘Shusha Island Coral Park’ is meant to become a global centre to showcase innovations to protect and restore coral reefs and accelerate conservation solutions.

The first phase of the NEOM city project will tentatively launch in 2025, although we’re sure a plethora more development announcements will be made in the meantime to position it as one of the most attractive tourism destinations in the world.